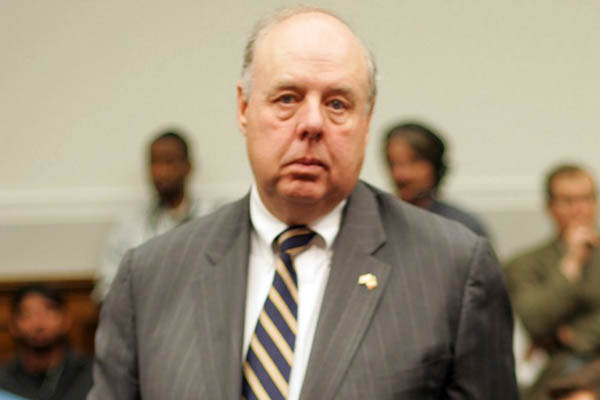 John Dowd’s departure came after U.S. president ramped up counterattack on the investigation

The leading attorney on President Donald Trump’s legal team, John Dowd, resigned on Thursday amid growing pressure on the White House from the Russia investigation of special counsel Robert Mueller.

Dowd quit days after Trump directly attacked Mueller’s investigation as a “witch hunt,” a statement that raised questions about whether the president was interfering with the probe.

Dowd’s exit bared the turmoil in Trump’s legal strategy as Mueller seeks to interview the president over allegations his election campaign colluded with Russia in 2016 and that Trump himself may have obstructed the investigation.

Trump said on Thursday he was still willing to be interviewed by Mueller despite Dowd leaving. “I would like to,” Trump told reporters when asked about an interview.

Dowd, 77, was named to lead the president’s legal team last June after Mueller, a former FBI director, was named to lead an independent enquiry into Russian meddling in the 2016 election. He is a specialist in defending high profile figures in white-collar crime cases.

Mueller’s sprawling probe has already produced 19 indictments, including Trump’s former national security adviser, his former campaign chairman and deputy, and a campaign foreign policy adviser. Increasingly, the probe has focused on Trump, his family and close aides and advisers, many of whom have been interviewed by Mueller’s powerful team of lawyers and investigators.

The White House legal team, however, has reportedly split over how much to cooperate with Mueller’s investigators and how much to fight them.

In an email Dowd confirmed his departure to AFP, saying: “I love the president and wish him well.” In a statement, Jay Sekulow, another Trump attorney who was Dowd’s deputy, called Dowd “a friend and has been a valuable member of our legal team.”

“We will continue our ongoing representation of the president and our cooperation with the Office of Special Counsel,” he said.

Dowd’s departure came after Trump ramped up his counterattack on the investigation with direct criticisms of Mueller. On Friday, in a statement to a reporter that he said was in Trump’s name, Dowd called for Mueller “bring an end to alleged Russia collusion investigation.” He charged that the investigation was “manufactured” and based on “fraudulent and corrupt” evidence.

Hours later, Dowd reversed himself, saying he was speaking in his personal capacity and not for the president. But then Trump himself took direct aim via Twitter. “The Mueller probe should never have been started in that there was no collusion and there was no crime,” he wrote.

He accused Mueller’s team of being staffed by “hardened Democrats.”

Trump’s attack added to months-old rumors that he wants to fire Mueller. Frustrated by the Russia probe, in May 2017 Trump fired FBI director James Comey. And on Friday, the Justice Department fired Comey’s former top aide, FBI deputy director Andrew McCabe, someone whom Trump had repeatedly criticized in public.

But several top legislators have warned Trump against firing Mueller. Senator Lindsey Graham said on Sunday that “that would be the beginning of the end of his presidency.”