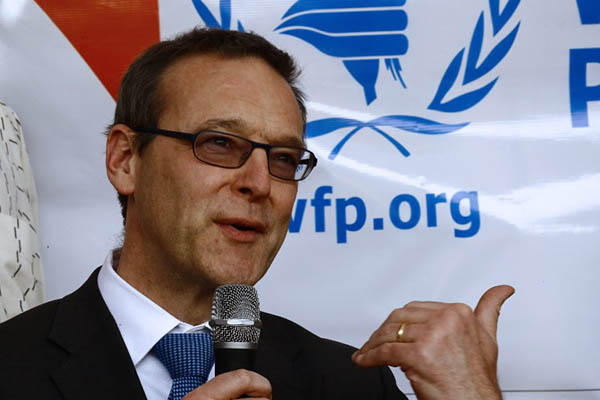 A senior British diplomat was forced to apologize on Tuesday after identifying one of the holiest place in Sikhism as a mosque instead of a temple.

Simon McDonald, permanent under-secretary at the Foreign and Commonwealth Office, had tweeted on Monday referring to a picture of the “Golden Mosque” in Amritsar, northern India, being presented to the U.K.’s deputy high commissioner in Chandigarh.

Realizing his mistake, he wrote: “I was wrong: I am sorry. I should of course have said the Golden Temple or, better, Sri Harmandir Sahib.”

Bhai Amrik Singh, chairman of the Sikh Federation, said: “This was a major gaffe by a top civil servant and totally unacceptable. It demonstrates a remarkable level of ignorance from someone in his position.”

The mistake is particularly sensitive because of suspicions of British involvement in the Indian army’s deadly 1984 raid on the Golden Temple.

Jeremy Corbyn, leader of the main opposition Labour Party, on Tuesday said he would launch an independent inquiry into the British military’s role if he becomes prime minister.

At least 400 people were killed in the Indian army’s attack on the temple, which was aimed at flushing out armed separatists demanding an independent Sikh homeland. The error follows criticism of Foreign Secretary Boris Johnson for risking offending Buddhists during a 2017 visit to the Shwedagon Pagoda, the religion’s most sacred site in Myanmar’s capital, Yangon.

Andrew Patrick, the U.K. ambassador to the country, was forced to tell Johnson to stop reciting the opening verse to Rudyard Kipling’s The Road to Mandalay, which chronicles a retired British serviceman’s memories of colonial service. “Not appropriate” he was caught on camera telling Britain’s top diplomat.