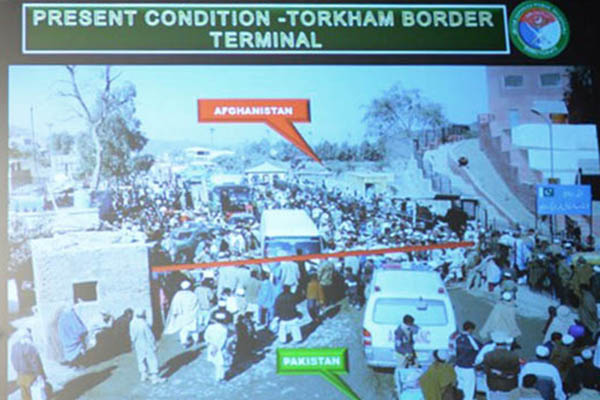 Only Afghans with passports and visas will be allowed to cross into Pakistan, says foreign ministry.

The Torkham border crossing between Afghanistan and Pakistan reopened on Saturday after it was closed for several days following deadly clashes between the two countries following the construction of a gate on the Pakistani side to control cross-border movement, officials said.

The clash, which erupted a week ago, left at least three Afghan policemen and a Pakistani military officer dead, with dozens wounded. “The Torkham border reopened around 6 this morning after around five days of closure,” said Mohammad Ayub Hussain Khil, border police chief in eastern Afghanistan. “Everyday huge crowds of Afghans used to cross the border for medical purposes, but now they are only allowing people with visas and passports,” he said.

The spokesman for the governor of the Afghan province of Nangarhar, Ataullah Khogyani, confirmed the reopening of the border saying it happened after “days of negotiations” between the two sides.

A Pakistani official who declined to be named told AFP that the border had reopened and “the construction work on the gate has also resumed.” Pakistan’s foreign ministry spokesman posted a message on Twitter saying: “Only passport holders allowed from Afghan side.”

The new requirement will affect thousands of people who formerly crossed the busy border post without travel documents.

The border clash prompted bitter recriminations on both sides, with Islamabad and Kabul summoning each other’s diplomats to lodge strong formal complaints. The Pakistani military justified the construction of the gate at Torkham, saying “terrorists” were using the crossing point.

Torkham is one of the major crossings between Afghanistan and Pakistan, where hundreds of trucks and thousands of people cross the border daily through the Khyber Pass. The border was closed over similar clashes last month, but was reopened after an understanding was reached between the two countries.