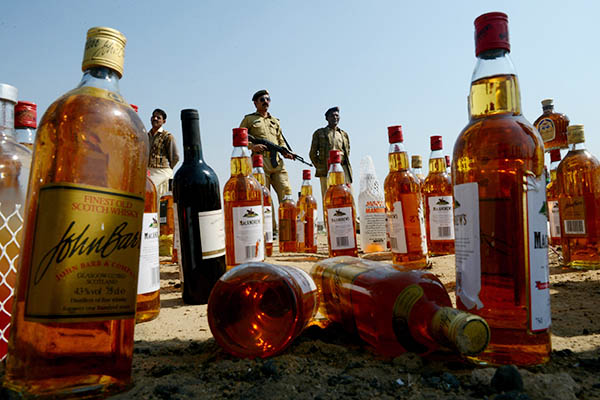 Victims were rushed to hospitals in Faisalabad when they fell unconscious after drinking the alcohol at a birthday party and another gathering. Both of the events were held in private homes.

“The death toll from the two parties has reached 18. Around two dozen others are heavily affected by the toxic liquor and battling for consciousness,” said Javed Ahmed Khan, a senior police official.

“The incidents took place in Batala colony. Five people were killed at a birthday party on Thursday and 13 others died in another get together in the same area on Friday,” he said.

The public sale of alcohol is banned in Pakistan and many people prepare cheap liquor at home.

Another police official said that most of the victims had died after they returned home. “Most of the people have died at homes, while a few expired in hospitals,” said Abid Zafar, head of the local police station.