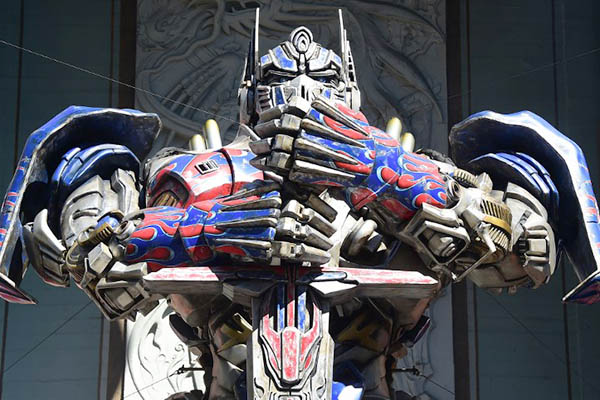 After decades in second place, Hasbro is edging out Barbie’s Mattel in annual revenues

Spider-Man, Thor and Princess Leia are ganging up on Barbie in a battle for America’s increasingly tech-focused toy industry playground.

Hasbro, long a distant second to Mattel, maker of the iconic Barbie dolls, passed $5 billion in annual revenues for the first time in 2016 and topped its rival in first-quarter sales. Hasbro’s surge is due in large part to snatching Disney’s lucrative “Princess” and Frozen franchises from Mattel in 2016 in a shift that was announced in 2014.

The company also amassed a large advantage in toys connected to upcoming movie releases including the latest installments in the blockbuster Transformers, Thor and Spider-Man series.

The movie juggernaut culminates in December with The Last Jedi, part of the iconic Star Wars series, a reliable cash cow, not only because of its cross-generational appeal, but because it features prominent male and female characters. “They just have blockbuster after blockbuster,” Keith Snyder, an equity analyst at CFRA, said about Hasbro.

He noted that smartphones and other technology allow toymakers to monetize the franchises far beyond the limits of old-fashioned action figures. “They’re playing with the Star Wars figures, watching the Star Wars movie, seeing the Clone Wars cartoon and then playing Star Wars on their mobile phone,” Snyder said. “Keeping them tied into Star Wars drives more sales.”

Mattel’s movie-linked offerings, which include Cars 3 and Wonder Woman, are fewer and less lucrative, analysts say.

Hasbro, whose best-known brands include “Play-Doh” and My Little Pony, also is introducing more toys that incorporate newer gadgetry, such as a Nerf blaster drone that carries a camera and lets kids monitor movements on a screen and fire darts from remote locations. Another new toy is the “Furreal” a ready-to-assemble puppy robot that permits children to select fur color and bark sound among other commands through a downloaded app.

The toy also incorporates coding programs, another selling-point in today’s high-tech market. “Tech-oriented toys and unplugging are not mutually exclusive,” Hasbro president John Frascotti said in response to written questions. “Our mission is to deliver the world’s best play experiences, and that often involves both technology and untethered creative play.”

Mattel also has boosted its emphasis on technology, partnering with the ABC broadcast network on a reality competition series in which innovators pitch ideas to a panel of children judges. And the company introduced digital elements to its best known franchises, which include the Thomas and Friends choo-choos and Barbie, now available in about two dozen multi-cultural versions.

Barbie, which had been in a slump a few years back, notched a seven percent rise in sales in 2016 to nearly $1 billion, in a year that included its introduction of three new body types, “petite,” “curvy” and “tall.”

Mattel signaled an even greater focus on technology in January when it named Google Americas president Margaret Georgiadis as its new chief executive. The appointment raised expectations that Mattel will introduce more toys that traverse the virtual and real worlds, perhaps by including a free “webisode” or another downloaded item with purchase.

“Analog toys don’t have the same staying power as they once did,” said Morningstar analyst Jaime Katz. Moving across channels means “people can play with it in the way choose to.”

Georgiadis is expected to lay out her strategy for turning Mattel around at a June 14 analyst day in New York. Mattel did not respond to emailed questions or interview requests.

Speculation that Hasbro and Mattel could merge has surfaced from time to time, but analysts do not consider that likely. The two companies, along with Lego, control about 30 percent of the fragmented U.S. toy market.

While tech-oriented toys are in demand, some of the hottest categories in 2016 were more old-fashioned items, including puzzles and games (up 18 percent from 2015) and outdoor and sports toys (up 10 percent), according to data from the NPD Group. NPD estimated the U.S. toy market at $26 billion in 2016, about the same as in 2015.

“It goes in ebbs and flows,” said Robert Kracinovich, a senior buyer at Learning Express, a chain with about 120 stores in the U.S. Kracinovich said board games are now back strong after a weak stretch while active toys have been “terrific” the last four or five years.

The company’s core customer is the parent interested in “getting kids to disconnect and have more creative play time,” he said.

Analyst Snyder also sees greater demand for old-fashioned toys as a countervailing trend to the tech surge. “Parents want to share a disconnected experience with their children,” Snyder said. “What better way to do that what with a game of Monopoly?”