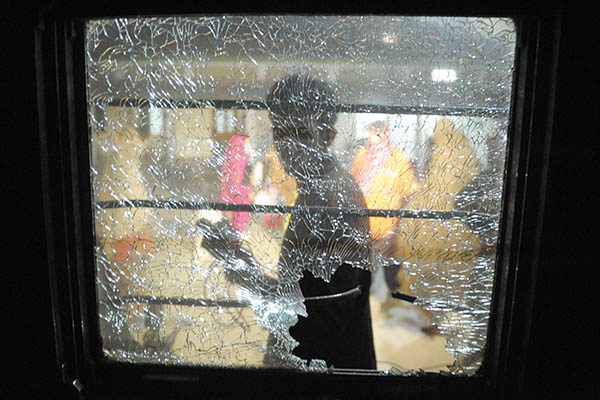 At least 17 others injured in blast, as Pakistan Railways suspends train services outbound from Quetta.

A bomb targeting a passenger train in Pakistan’s southwest on Monday killed at least six people and wounded more than 17 others, officials said.

The device, apparently planted on the railway track, exploded when the train approached a station in the Naseerabad district of Balochistan province.

“It was a bomb blast, the target was the passenger train. At least six people have been killed,” said provincial home secretary Asad Gilani, adding that more than 17 others were wounded in the blast.

Zafar Shah Bukhari, a senior official in the area, confirmed the attack on the Jaffar Express, travelling from Rawalpindi to Quetta, and the death toll. “We have taken the dead and injured to the nearby hospital,” Bukhari said, adding that the condition of six of the injured was critical. The explosion derailed the train, he said, adding that one of the compartments of the passenger train was badly damaged due to the intensity of the explosion.

The identity of those killed in the attack was not yet clear but Gilani said some security personnel were travelling in the train. “All those killed were men but women and children were among the wounded,” said Bukhari.

Police and other security personnel cordoned off the area after the blast.

An intelligence official said bomb disposal experts were examining the site to determine the nature of the blast and check for any more devices.

No group has yet claimed responsibility for the blast but in the past, the separatist Baloch Republican Army has claimed such attacks. Railways Minister Saad Rafique accused separatists for the attack and told reporters the bomb was detonated by remote-control.

“People who claim to be fighting for the rights of Balochistan are responsible for this attack,” Rafique said.

Baloch rebels have been fighting since 2004 for political autonomy and a greater share of profits from the region’s natural oil, gas and mineral resources.