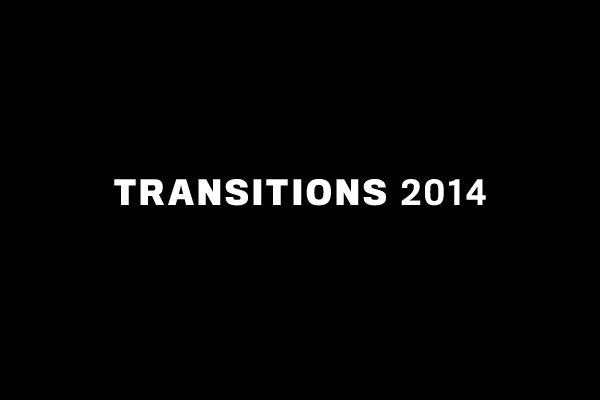 Aitzaz Hassan
In Hangu, this 15-year-old schoolboy sacrificed himself to stop a suicide-bomber from targeting his classmates.

Chaudhry Aslam
The Pakistani Taliban killed the counterterrorism chief of Karachi Police in a suicide attack. He was 48.

Jamil Ahmad
The former bureaucrat found his calling late in life with his critically-acclaimed The Wandering Falcon. He was 83.

Halima Rafique
Woman cricketer died from apparent suicide a year after she complained of harassment from PCB officials. She was 17.

Khalid Mehmood Soomro
Secretary-general of JUIF’s Sindh chapter was gunned down in Sukkur. He was 55.

Rashid Rehman
Regional coordinator of the HRCP was killed in Multan for defending a teacher accused of blasphemy. He was 55.

Nasim Shama and Sajjad Masih
The Christian couple were accused of blasphemy, beaten mercilessly by a mob and thrown alive into a burning kiln. Both were in their 20s. She was five-months-pregnant.

Joceyln Ortt-Saeed
Pakistani poet and educator who was also associated with the Human Rights Commission of Pakistan, Faiz Ghar, the Goethe-Institut, and the Center for Inspiration and Creativity. She was fluent in German and adept at the piano. Her last collection of English-language poems, Distant Horizons, was published in 2004. She was 79.

Farzana Iqbal
The three-months-pregnant 25-year-old was stoned to death by her family members outside the Lahore High Court.

Majid Nizami
Principal of the Nawa-i-Waqt media group passed away on July 26. He was 86.

Ikramullah Gran
Pashto singer, poet and fiction writer. He was 73.

Imran Mir
Founding member of the Indus Valley School of Art and Architecture, Karachi. He was 64.

Shahid Sajjad
Sculptor and another founding member of the Indus Valley School. He was 77.

Maqsood Hassan
He had a career spanning nearly 50 years in radio, television and on stage. He passed away at 67.

Babar Suleman and Haris Suleman
Father-son duo attempted to fly around the world in 30 days to promote education. Their plane crashed in the Pacific on July 23. Haris was 17.

Hashim Khan
Squash legend, who won the British Open seven times. He was 100.

Miangul Aurangzeb
The last crown prince of Swat and former governor of Balochistan and Khyber-Paktunkhwa. He was 86.

Ghulam Azam
Jamaat-e-Islami leader convicted of war crimes in Bangladesh died of a stroke at 91.

Sana Khan
Pakistani model and actress, best known for her role in Parchiyaan, died in a car accident near Hyderabad.

Wazir Khan
Pashto singer with 40 albums to his credit was killed by unidentified militants near Peshawar.

Zohra Sehgal
Legendary Indian actress and choreographer. She was 102.

Sarmad Tariq
The inspiring quadriplegic motivational speaker was the first wheelchair-bound athlete to participate in the Lahore Marathon. He was 38.

Zil-e-Huma
Singer. She bore an uncanny resemblance to her mother, the legendary Noor Jehan. She was 70.

Ron Moreau
Award-winning Newsweek journalist who served as bureau chief for Pakistan and Afghanistan. He was 69.

Shahzada Alam Monnoo
Textiles baron, who pioneered the 7 a.m. to 2 p.m. workday, and former caretaker federal minister. He was 80.

Khushwant Singh
Former lawyer turned prolific writer beloved for his wit and joie de vivre in his native India and in Pakistan. He was 99.

Anwar Ahmed Khan
He won three medals—two silver, one gold—in three consecutive Olympics between 1956 and 1964. He was 80.

Haq Nawaz
PTI supporter shot dead during the party’s Faisalabad “shutdown” after clashes erupted with the rival PMLN. Party supporters also died after a stampede following Imran Khan’s Multan rally; and when the PTI and PAT breached Islamabad’s Red Zone in a bid to oust Prime Minister Nawaz Sharif. At least 14 PAT supporters were also killed by the Punjab Police in Lahore in June.

Fahad Iftikhar
Pakistani soldier killed during a U.N. peacekeeping mission in the Central African Republic. He was 32.

Tahira Asif
The MQM politician, a member of the National Assembly, was gunned down in Lahore. She was 52.

Amina Bibi
The 18-year-old Muzaffargarh resident set herself on fire after one of the suspects accused of raping her was released.

Matin Ahmed Khan
Educationist and Sitara-e-Imtiaz honoree. He was 93.

Habib Wali Mohammad
Businessman revered nationally in Pakistan for his ghazal singing. He was 90.

Usman Bilour
The son of ANP’s Bashir Bilour, who was killed by the Taliban in 2012, died from cardiac arrest. He was 42.

Robert Oakley
Former U.S. ambassador to Pakistan. He was 83.

Robin Williams
Oscar-winning actor and legendary comic. Williams, who was suffering from depression, committed suicide in August and was mourned globally. He was 63.

Lauren Bacall
The better half of Hollywood’s original power couple, Bogie and Bacall. She was 89.

Mike Nichols
Oscar-winning director (The Graduate), comic, producer and sometime actor. He was 83.

Ben Bradlee
Towering figure of American journalism and a lead figure behind The Washington Post’s groundbreaking coverage of the Watergate scandal. He was 93.

James Foley
American journalist beheaded by the Islamic State as a warning to the U.S. He was 40.

Steven Sotloff
American-Israeli journalist beheaded by I.S. after the U.S. stepped up airstrikes in Syria. He was 31.

Philip Seymour Hoffman
The Oscar-winning actor died of a heroin overdose at his home in New York. He was 46.

Shirley Temple
Former child actress and U.S. ambassador at the U.N. and to Ghana. She was 85.

Ariel Sharon
Former Israeli prime minister died eight years after he was left in a permanent vegetative state after a stroke. He was 85.

Oscar de la Renta
The Dominican-American fashion designer died of complications from cancer. He was 82.

Gabriel García Márquez
The Nobel Prize-winning author of such works as One Hundred Years of Solitude died at his home in Mexico City. He was 87.

Phillip Hughes
The Australian cricketer died from brain hemorrhage caused by a high-speed ball. He was 25.

Sobho Gianchandani
Sindhi revolutionary writer and Marxist was the first non-Muslim and non-Urdu recipient of Pakistan’s Kamal-e-Fun award. He was 94.

Joe Cocker
English rock and blue singer best known for his cover of The Beatles’ “With A Little Help from My Friends.” He was 70.

P. D. James
Crime novelist behind the iconic Adam Dalgliesh character. She was 94.

Raad Mohamed al-Azaoui
The 37-year-old Iraqi father of three was beheaded by I.S. because he refused to stop reporting on their activities.

David Haines
The 44-year-old British aid worker was beheaded by I.S. in response to British plans to arm Kurdish fighters.

Edward Herrmann
U.S. TV and film actor. He was 71.

A. Montgomery
American author who pioneered the Choose Your Own Adventure genre of interactive novels. He was 78.