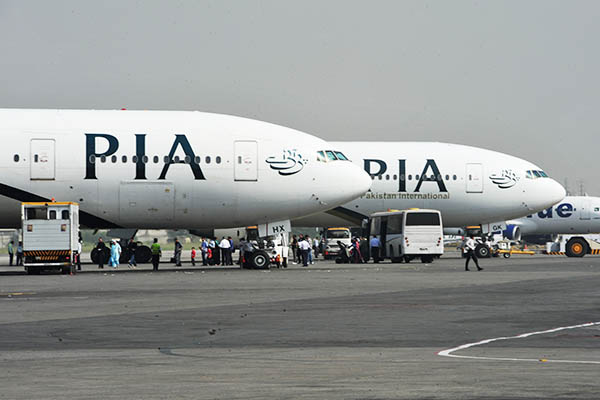 Mutated strain of COVID-19 also prompts several countries to impose bans on travel from the U.K.

State-run Pakistan International Airlines (PIA) flights to Saudi Arabia have been suspended from today (Monday), following the Gulf kingdom barring all travel to it over fears of a more contagious strain of the novel coronavirus.

Identified in the U.K., the new strain of COVID-19 has also prompted several countries to impose bans on any travel from Britain.

A PIA spokesperson said the airline had suspended 18 flights to and from Saudi Arabia on directives issued by the Gulf state’s aviation authority. The suspension would remain in place so long as Saudi Arabia retains its restrictions, he added.

A new strain of COVID-19, identified in the U.K., is believed to be 70 percent more infectious—though its lethality is reportedly unchanged. Scientists in the U.K. have said that already approved vaccines against the virus should still be effective, but have cautioned that it is too soon to issue any concrete statements.

European nations have taken the lead in imposing movement restrictions on travelers from the U.K. in light of the threat posed by the “more infectious” variant of COVID-19. Ireland, Germany, France, Italy, the Netherlands and Belgium have all halted flights from Britain, with a meeting of the European Union set to discuss a more coordinated response to the new threat.

Prime Minister Boris Johnson on Saturday announced “tier 4” restrictions for London, scrapping an earlier plan to relax restrictions over the Christmas holidays in a bid to boost the economy and allow residents to meet their loved ones. Health Secretary Matt Hancock said the new strain “was out of control. We have got to get it under control.”

Despite the approval of two vaccines, there is global concern about an ongoing second wave of the coronavirus, which is sweeping through many nations due to growing apathy over preventative measures designed to curb the spread of the pandemic. Experts have warned that even with vaccines, preventative measures must remain in place until at least 70 percent of any country’s population has been vaccinated to achieve “herd immunity.” Based on production and distribution numbers, it is believed that this could mean COVID-19 would remain a matter of concern for much of 2021.