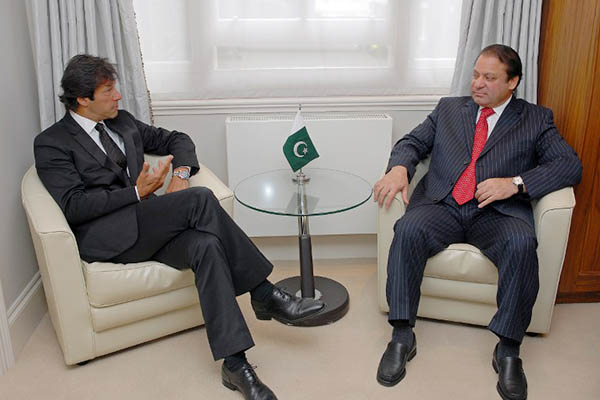 No matter the verdict, the Panama Papers scandal will leave its scars on Pakistan

The Panama Papers scandal over the alleged money laundering of Prime Minister Nawaz Sharif’s family has become politicized to a point where any verdict on it by the Supreme Court will become disputed. The ruling Pakistan Muslim League-Nawaz (PMLN) party is accusing the court-appointed Joint Investigative Team (JIT) of partisanship and victimization, saying two members of it have a history of bad blood with Sharif. The JIT has hit back by claiming the government is influencing witnesses and doctoring evidence to destroy the credibility of the case against the prime minister.

Public opinion is polarized and the media reflects it. Following examples of the media troubleshooters of the PMLN and Imran Khan’s Tehreek-e-Insaf (PTI), people witnessing the saga are given to trading insults. No matter what the final outcome of the case, it will be politically contested and will remain morally stalemated. The PTI refers to PMLN’s past trespasses against the judiciary, climaxed by the 1997 physical assault on the Supreme Court that made the honorable judges run for cover. On the other hand, Imran Khan openly boasts of “street power” and says he will unleash agitation if Sharif is not cashiered. He has numerous arrest warrants against him from courts he didn’t appear before, but the police wisely abstain from collaring him. His first show of defiance had shaken Pakistan in 2014 when he paralyzed Islamabad for months with his sit-in of thousands called “dharna.”

Nothing destroys the serenity of the judiciary more than a politicized case. Today, the parliamentary opposition in Pakistan is united against the ruling PMLN and wants it ousted by whatever means. This has happened before, with the Supreme Court unfortunately playing along out of a ‘doctrine of necessity.’ Zulfikar Bhutto’s trial for allegedly authorizing the murder of a political opponent ended with his hanging in 1977 and is now consensually called “judicial murder”; the Iftikhar Chaudhry Court in 2012 dismissed Prime Minister Yousaf Raza Gilani while the opposition in Parliament, where he enjoyed a majority, applauded. No matter what the final verdict, the Panama Papers case too will leave its scars.