Tribal Jirga Sets Out to Negotiate Release of Polio Workers 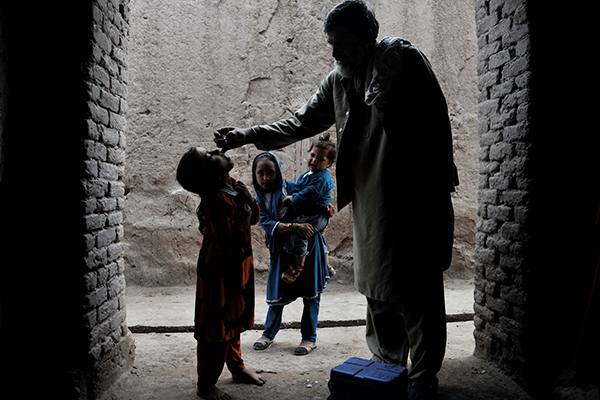 Campaigners were kidnapped from Bara on Thursday.

The council of tribal elders in the federally-administered Khyber tribal agency is negotiating with the militant group Lashkar-e-Islam for the release of seven anti-polio campaigners who were abducted Thursday.

Authorities said the workers—four teachers from a private school, a male nurse, and two volunteers—were kidnapped during broad daylight from the Bara area by Lashkar-e-Islam while carrying out a vaccination campaign.

“The tribal jirga has started negotiations with the Lashkar-e-Islam people. We are hopeful for the early release of the polio workers,” said a senior government official in Bara. “Now the jirga is requesting them to release the abducted workers,” confirmed another official.

Militant groups in Pakistan have rejected polio vaccination as a Western plot against Muslims and banned teams from giving out polio drops in some areas which has hampered efforts to vaccinate children against polio.

The newly-anointed leader of the Pakistani Taliban, Fazlullah, himself crippled by polio, had also railed against vaccinations until emissaries of the previous government in Islamabad urged him to reconsider.