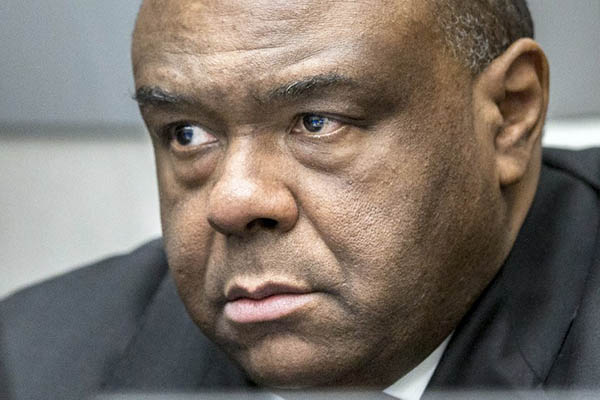 Activists say landmark ICC ruling against Congolese leader is first to focus on sexual violence as a weapon of war.

While many activists were critical that it has taken so long for gender-based and sexual violence to be the main focus of a trial in an international courtroom, they welcomed the verdict delivered at the International Criminal Court on Monday.

The judges found Bemba guilty of five war crimes and crimes against humanity—including two counts of rape—by his troops in the Central African Republic between 2002 and 2003. “It is shocking that this conviction is the first of its kind,” said American actress Angelina Jolie, who has spearheaded a high-profile campaign against sexual violence in conflict zones and helped organize the London summit. “It is a reminder of how long it has taken us to reach this point, and how many victims have never seen justice.”

A declaration circulated after a 2014 global summit in London warned that sexual violence in armed conflicts is “one of the greatest, most persistent and most neglected injustices.” And campaigners say in many conflicts around the world now, it is more dangerous to be a woman than a soldier.

According to Amnesty International, during the 2006-2007 civil war in the Democratic Republic of Congo more than 400,000 girls and women between the ages of 15 and 49 were raped—“in other words, every five minutes in the DRC, four women and girls were raped.”

Jolie urged the international community “to build on the important legal precedent” set in the Bemba case at the ICC so that “we can collectively shatter impunity for the use of rape as a weapon of war and terrorism.”

For the prosecutors and lawyers working to build case law it was an important victory, especially as the ICC has faced prolonged attack from some African nations for its focus on the continent.

ICC chief prosecutor Fatou Bensouda hailed a “historic” verdict—the first case at the ICC to focus on sexual violence as well as to find a military commander to blame for the excesses of his troops. “It’s a good day… because it’s justice done for the victims of the crimes,” she told AFP, adding it was “a very strong message for military commanders, that they will be held accountable” for crimes committed by their troops.

Bemba had sent 1,500 troops from his Congolese Liberation Movement (MLC) into neighboring Central African Republic to prop up the then president Ange-Felix Patasse. They carried out a chilling rampage of rapes, murders and pillages which targeted young and old of both sexes in part as a compensation “for inadequate payment and rations from the MLC, and/or to destabilize, humiliate, or punish suspected rebels,” the court found.

Despite knowing about what was happening, Bemba “failed to take all necessary and reasonable measures to prevent or repress the commission of crimes by his subordinates.”

U.N. Secretary General Ban Ki-moon said the judgment showed “that impunity will not be tolerated.”

The United States, though not a signatory to the Rome statute that created the ICC, hailed the verdict for showing that “those who are responsible for such heinous acts must be held accountable” and bringing “an important measure of justice to the victims,” said State Department spokesman John Kirby in a statement.

More than 5,200 victims were allowed to take part in the Bemba proceedings, and the guilty verdict now opens the door to possible reparations from a special trust fund. Bemba is to be sentenced at a later date, and the judges also said they would address the issue of reparations later.

“The court may award reparations on an individual or collective basis,” said ICC spokesman Fadi El-Abdallah. “An advantage of collective reparations is that they provide relief to an entire community and help its members to rebuild their lives.”