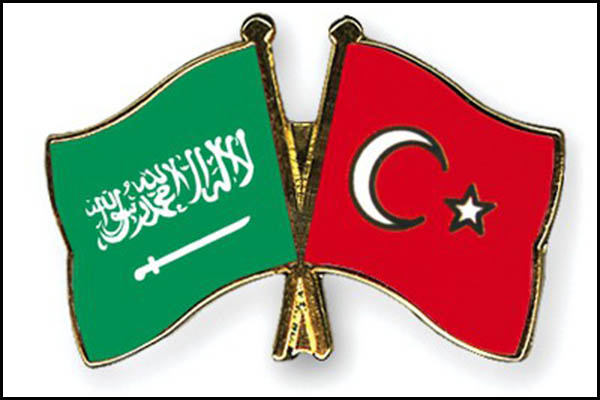 The Washington Post contributor, who has penned articles critical of some of Saudi Crown Prince Mohammed bin Salman’s policies in the Arab and Western press, vanished a week ago.

Turkish government sources on the weekend said police believed he was killed inside, but these claims were dismissed by Riyadh as “baseless.”

While Turkish President Recep Tayyip Erdogan has demanded Saudi Arabia prove their assertion that the journalist left the consulate, he has so far refrained from giving credence to claims that Khashoggi is dead, saying he will wait for an official probe.

Analysts say the diplomatic tip-toeing by both countries is a sign they fear the case could stoke increased tensions, further straining relations in the midst of power plays stemming from overlapping interests in the region. “The only way to explain the hesitation on the part of Riyadh and Ankara not to quickly announce what they think is happening is because they both fear escalating the situation unnecessarily,” said Khalil Jahshan, executive director of Arab Center Washington. “This is serious, this is a violation of a country’s sovereignty, yet neither side can talk because of the national security and political concerns. So until they resolve that we aren’t going to know the details,” he added.

Khashoggi, a former Saudi government adviser, had been living in self-imposed exile in the United States since last year fearing possible arrest.

The journalist has been a vocal critic of Riyadh’s intervention in the war in Yemen, and once compared the young prince to Russian President Vladimir Putin in a Washington Post column. He has not been seen since he visited the consulate to collect documents he needed for his forthcoming marriage.

The United Nations, United States and Britain have all urged a thorough investigation.

Jana Jabbour, a professor at Sciences Po university in Paris, said Erdogan “does not want to enter into direct confrontation with Riyadh before being assured of the position and support of other countries” like Qatar and the United States. But she said the situation was “very grave” and “may lead to a break in Turkey-Saudi relations.”

Riyadh and Ankara are locked in competition on “regional leadership, ‘religious’ leadership over the Sunni community and relations with the West, especially with Washington,” Jabbour said, adding that they were “each out to get the other.”

Turkey last June gave unwavering support to Qatar when Saudi Arabia, the United Arab Emirates, Bahrain and Egypt broke ties with Doha, claiming it supported “extremist groups” and was becoming closer with Iran, Riyadh’s regional arch-rival. But in an apparent effort to avoid tensions with Riyadh, Turkey has focused its criticism on the U.A.E., with which relations are more acrimonious.

He said this is likely to change after the “reckless” case of Khashoggi. But Dalay, a non-resident fellow at Brookings Institution, said Turkish officials do not want the case to be seen as “politicized from the start.”

Jahshan said, neither country “necessarily can afford to lose the other given the overlapping interests” in the region, pointing to the Gulf crisis, the Syrian and Yemen conflicts as well as the differences over the Muslim Brotherhood group.

There has been speculation over whether Turkey can afford a break in ties with its economy slowing down and increasingly reliant on Gulf tourists.

Around half a million Saudi tourists visited Turkey last year while Saudi Arabia is among Turkey’s top 20 export destinations. But Dalay said he did not believe “that much money is involved between Turkey and Saudi Arabia.”

“The image of Turkey being a safe place for dissidents, business people, intellectuals from the Arab world… would be undermined if Turkey doesn’t give a strong reaction,” he added.