Trudeau Declines to Confirm if Aasia Bibi in Canada 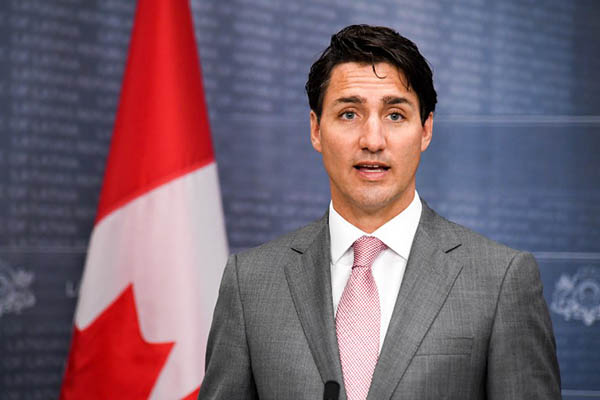 Canadian Prime Minister Justin Trudeau declined on Wednesday to confirm whether Aasia Bibi, the Christian woman at the center of a decade-long blasphemy row in Pakistan, has arrived in Canada.

“There are sensitive privacy issues and security issues on this and so I can’t comment,” Trudeau told reporters outside parliament, after Bibi’s lawyer Saif-ul-Malook and multiple security sources in Pakistan told AFP that Bibi had gone to Canada.

Bibi—a laborer from Pakistan’s Punjab province—was first convicted of blasphemy in 2010 and was on death row until her acquittal last year. Her case has drawn worldwide attention to religious extremism in Pakistan, where the saga has sparked violent demonstrations and high-profile assassinations.

She has technically been free to leave Pakistan since January when the Supreme Court dismissed a legal challenge to her acquittal in October, but awaited an asylum deal in a third country.

In November Trudeau said Ottawa was holding talks with Pakistan about bringing her to Canada.

On Wednesday British Prime Minister Theresa May appeared to confirm that Canada was her destination, saying its asylum offer was “right and appropriate.” U.S. Secretary of State Mike Pompeo also said in a statement that she had “safely reunited with her family.”