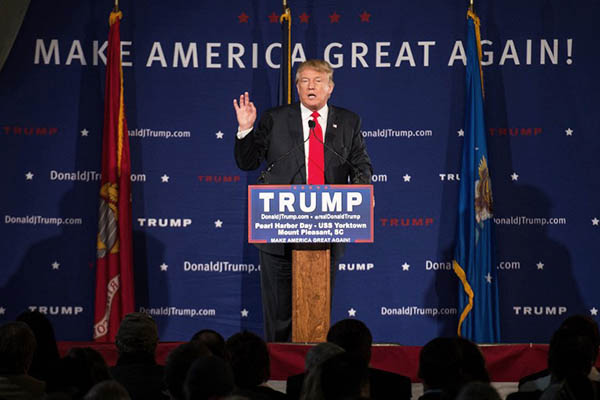 Republican frontrunner Donald Trump suggested Sunday that U.S. laws should be changed to permit torture of terror suspects and targeting their family members, defending his position after being accused of backtracking on the issue.

“I didn’t flip-flop on torture, I’m saying I’m going to live by the laws,” the candidate said in an interview with Fox News. “It’s ridiculous when we have laws and ISIS doesn’t. ISIS has no laws. We have rules, regulations, and laws, and I abide by it, but I’m not thrilled about it,” he said, referring to the Islamic State militant group. “I would want to open up on those laws, we’re not playing on the same field. I didn’t flip-flop at all. I abide by the laws, but I would also say that I would want to have those laws expanded.”

Trump has said during his campaign and underscored during the Republican debate on Thursday that he supports waterboarding and other extreme interrogation techniques that are a “hell of a lot worse,” as well as authorizing the killings of terrorists’ family members. His positions have been widely condemned, with observers saying the Pentagon would probably would refuse illegal orders.

A day later, Trump said in a statement that while he would “use every legal power that I have to stop these terrorist enemies,” he wouldn’t order anyone to break international laws. “I will not order a military officer to disobey the law. It is clear that as president I will be bound by laws just like all Americans and I will meet those responsibilities.”

Congress has banned the use of waterboarding and other harsh interrogation tactics.

Trump said on Thursday that his seeming change in positions were a product of his flexibility. “I have a very strong core, but I’ve never seen a successful person who wasn’t flexible,” he said.