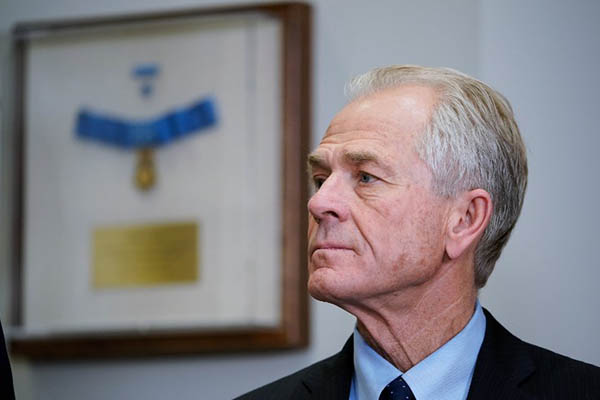 A senior aide to U.S. President Donald Trump apologized Tuesday for saying there was a “special place in hell” for Canadian Prime Minister Justin Trudeau, following the acrimonious Group of Seven summit.

“Let me correct a mistake I made,” White House economic adviser Peter Navarro was quoted as saying at a Washington event organized by The Wall Street Journal. “I used language that was inappropriate,” he said, according to Journal reporters.

Navarro on Sunday joined administration officials in lashing out at Trudeau following the chaotic end to the G7 summit in Quebec where leaders of the world’s major economies clashed over tariffs. Trump himself attacked Trudeau on Twitter as “dishonest & weak” before backing out of a joint G7 statement, while top economic aide Larry Kudlow said Trudeau had “stabbed us in the back.”

The harsh, personal invective outraged members of Trump’s own political party and threatened to poison U.S.-Canadian relations that have been strained over abortive efforts to renegotiate a 24-year-old North American Free Trade Agreement and over Trump’s decision to impose punishing tariffs on metal imports. At the summit’s conclusion on Saturday, Trudeau reiterated that Ottawa was prepared to retaliate against the new tariffs if the United States did not back down, and said Canadians “would not be pushed around.”

Navarro, a long-time trade hawk, has made news for outburst in other settings.

According to press reports, Navarro sparred with Treasury Secretary Steven Mnuchin over his handling of recent talks in China and was barred from attending those meetings.