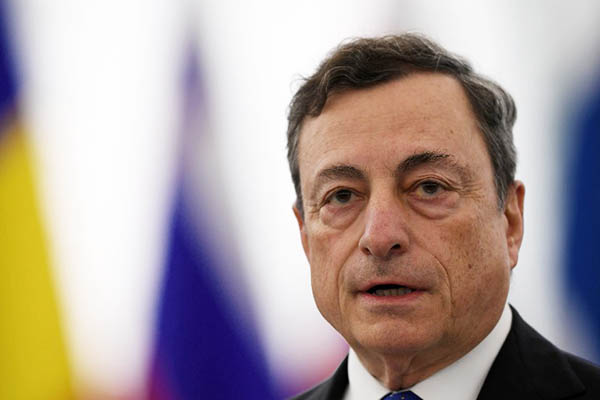 “Looking at the recent events, it is quite clear that geopolitical uncertainty has become the major source of uncertainty for the months to come,” Draghi warned the European parliament’s economic affairs committee.

The ECB president highlighted in particular the decision by British voters  to leave the European Union and the risks which the referendum result poses for European economies. Draghi admitted it was difficult to predict the precise economic implications of Brexit, as these will “notably depend on the timing, progress and final outcome of the upcoming negotiations.”

It is therefore important “to have clarity on the negotiation process as soon as possible in order to reduce uncertainty,” he added.

The arrival of U.S. president-elect Donald Trump, a proponent of protectionism, also raises numerous questions on future policy of the world’s biggest economy.

After a strong initial reaction by financial markets, which fell in the face of both events, the subsequent recovery “leads us to the conclusion that markets have been more resilient than one would have expected a few years ago,” said Draghi.

However, these changes “are quite profound and are going to affect the reality of not only the coming months but the coming years,” the ECB chief added.

He said E.U. members had made “enormous progress” on financial stability and urged them to maintain the single market and “continue strengthening this foundation of our union.”