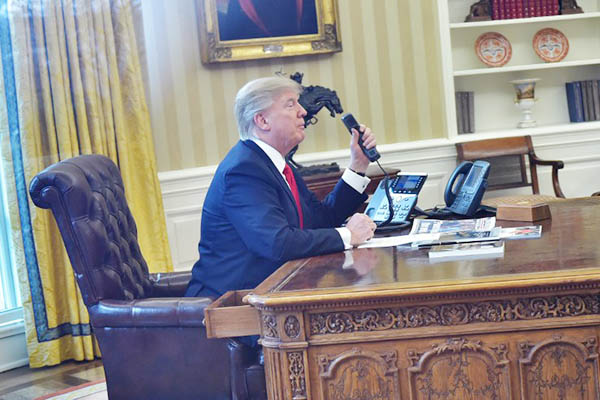 The White House said the two leaders spoke by phone after the tiny southwestern state of Saarland backed Merkel in a vote on Sunday. The vote is seen as a positive sign for Merkel who in six months will ask Germans to give her a fourth term.

Earlier this month stark differences between Trump and Merkel were on full display during a tense visit to the White House.

“The president spoke with Chancellor Merkel and the Indian Prime Minister today to congratulate them on their party’s success in recent elections,” said White House spokesman Sean Spicer.