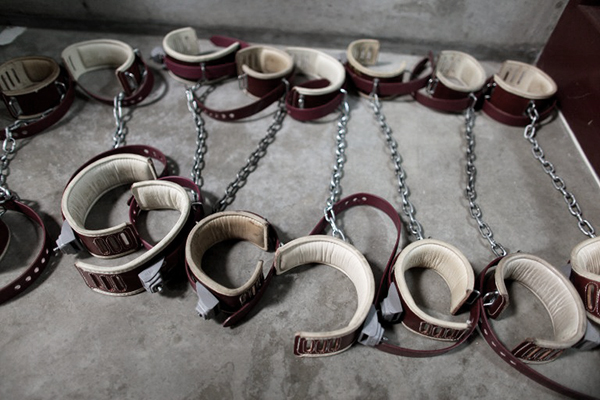 U.S. president says he supports use of ‘enhanced interrogation techniques’ but will defer to CIA and the Pentagon on whether to reinstate them.

U.S. President Donald Trump said on Wednesday he thinks waterboarding and other interrogation techniques widely seen as torture—and prohibited by law—“absolutely” work, but would defer to his CIA and Pentagon chiefs on whether to reinstate them.

When asked about waterboarding in an interview with ABC News at the White House, Trump said it was necessary to “fight fire with fire” in the face of the beheadings of Americans and other atrocities by Islamic State militants. The comments from the new Republican president—which echo statements he made on the campaign trail—come as reports suggest his administration may be considering the reinstatement of secret CIA “black site” prisons overseas.

“When they’re chopping off the heads of our people, and other people… when ISIS is doing things that nobody has ever heard of since medieval times, would I feel strongly about waterboarding? As far as I’m concerned, we have to fight fire with fire,” he said.

But he said he would rely on the advice of Pentagon chief James Mattis and Central Intelligence Agency director Mike Pompeo. “I’m going to go with what they say,” Trump told ABC. “And if they don’t want to do, that’s fine. If they do wanna do, then I will work toward that end. I want to do everything within the bounds of what you’re allowed to do legally. But do I feel it works? Absolutely, I feel it works.”

The New York Times reported on a three-page draft order reauthorizing the “black site” prisons where suspects detained after the 9/11 attacks of 2001 were subjected to “enhanced interrogation techniques”—including waterboarding.

A Trump spokesman said the draft seen by the newspaper did not originate at the White House.

In February 2016, Trump said “torture works” and pledged to bring back waterboarding and “much worse.” However, in December, after meeting with Mattis, Trump said he was “impressed” with Mattis’s argument that building trust and rewarding cooperation by detainees worked better than waterboarding.

During his confirmation hearing before a Senate committee, Pompeo promised he would “absolutely not” comply with any order to revive the “enhanced interrogation techniques” employed by the CIA after 9/11.