Trump Slams NAFTA as a ‘Catastrophe’ 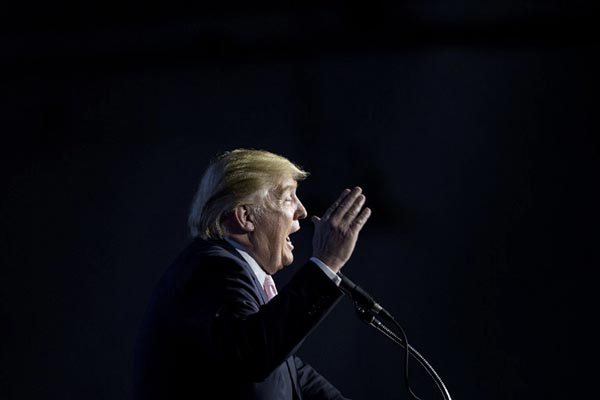 U.S. president tells lawmakers his administration’s sole allegiance will be to American workers and businesses.

U.S. President Donald Trump doubled down on his criticism of NAFTA on Thursday, but indicated he would be willing to renegotiate rather than scrap the pact with Canada and Mexico.

“NAFTA has been a catastrophe for our county,” Trump told lawmakers. “I don’t care if it’s a renovation of NAFTA or a brand new NAFTA, but we do have to make it fair and it’s very unfair to the American worker and very, very unfair to companies.”

Trump has repeatedly trashed the 23-year-old pact, as part of a tough stance on trade that has included threats to slap tariffs on imports from Mexico. In a meeting later with executives from the Harley-Davidson motorcycle company, Trump said trading partners have taken advantage of the United States “really, really terribly” and hinted he would use tariffs to help the American brand.

He recalled that former president Ronald Reagan imposed a big tariff on motorcycles in 1983 when the U.S. market was dominated by Japanese manufacturers. “We are going to help you, too.”

“This administration, our allegiance will be to the American workers and to American businesses like Harley-Davidson,” he said. “We are going to be competitive with anybody in the world.”

He said he wanted to add another “F” to NAFTA so it would encompass “free and fair” trade.

Mexico’s government has said it expects negotiations to modify the agreement to begin in May. Bilateral trade between Mexico and the United States amounts to half a trillion dollars a year, and some 80 percent of Mexican exports go to the United States. But Trump has said the $60 billion trade deficit with Mexico proves NAFTA was a bad deal.