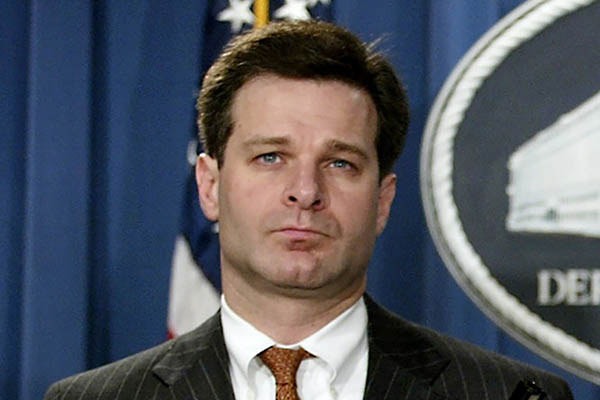 U.S. President Donald Trump announced on Wednesday that he is tapping former Justice Department official Christopher Wray to serve as his new FBI director, on the eve of critical testimony by his ousted predecessor.

Wray, a partner at King & Spalding law firm in Washington and Atlanta, served as assistant attorney general in charge of the Justice Department’s Criminal Division from 2003 to 2005, working closely with the FBI. “I will be nominating Christopher A. Wray, a man of impeccable credentials, to be the new Director of the FBI. Details to follow,” Trump wrote on Twitter.

The announcement came just one day before sacked FBI director James Comey gives highly-anticipated testimony on Russia’s interference in the 2016 U.S. elections and possible collusion with Trump’s campaign. Comey is expected to dispute Trump’s claim that the then-FBI chief told him multiple times that he was not under investigation, CNN reported, citing sources familiar with Comey’s thinking.

That potential bombshell testimony—in which Comey also may address whether Trump urged him to halt or ease up on an investigation into former national security adviser Michael Flynn and his ties to Russia—takes place before the Senate Intelligence Committee.

Keen to crack down on leaks, the Trump administration quickly announced the arrest of 25-year-old intelligence contractor Reality Winner on charges she violated the espionage act. No definitive evidence of collusion between Trump’s campaign and Russia has yet come to light. But the allegations have drawn comparison to the 1970s Watergate scandal that brought down president Richard Nixon.