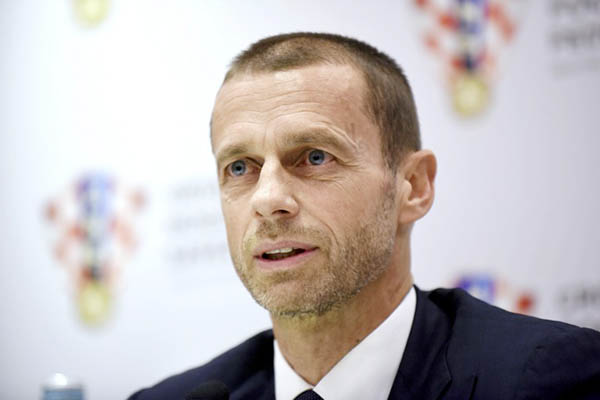 Measures that prevent players, fans or journalists from entering the U.S. would count against a bid to host football’s showpiece, The New York Times quoted Ceferin as saying in an interview at UEFA headquarters in Switzerland. “It [immigration policy] will be part of the evaluation and I am sure it will not help the United States to get the World Cup,” Ceferin said. “If players cannot come because of political decisions, or populist decisions, then the World Cup cannot be played there. It is true for the United States, but also for all the other countries that would like to organize a World Cup. It is the same for the fans, and the journalists, of course. It is the World Cup. They should be able to attend the event, whatever their nationality is. But let’s hope that it does not happen.”

The United States is a favorite to land the 2026 tournament, either on its own or as part of a joint North American bid with Mexico and Canada.

A U.S. court suspended a travel ban targeting nationals from seven mainly Muslim countries as well as all refugees, but Trump has vowed to bring it back. The 2026 World Cup will be the first to feature 48 teams in an expanded tournament.