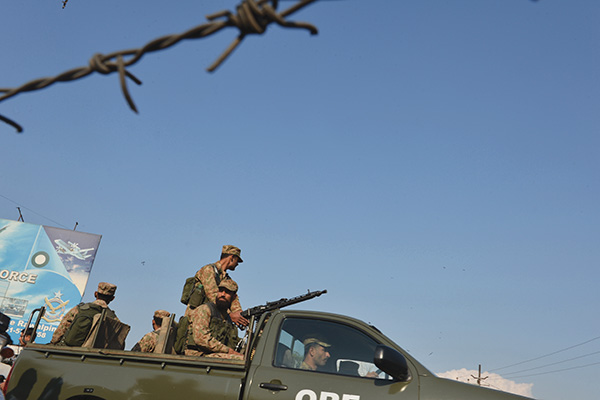 On April 22, three days after Geo News anchor Hamid Mir was shot while traveling to his office in Karachi, the Ministry of Defense put the privately-owned cable news channel on notice. In a formal complaint to the Pakistan Electronic Media Regulatory Authority, the ministry demanded that legal action be taken against the channel and its management for alleging that the ISI and its chief, Lt. Gen. Zaheer ul Islam, were responsible for the attack on Mir. Accusing the channel of launching a “vicious campaign,” the ministry’s complaint specifically cites the Indian media as using Geo News’s allegations to launch a propaganda war against Pakistan’s armed forces. Interior Minister Chaudhry Nisar Ali Khan echoed these concerns, questioning the media’s decision to blame a national institution without any proof whatsoever. The channel’s attempts to backtrack—including outright denying that anyone had been accused—have yet to yield results. On April 23, PEMRA formed a three-member committee to review the complaint against Geo News and determine if the content merits any sanctions. The Army, meanwhile, seems to have already made up its mind: several media outlets reported an informal ban on Jang Group’s newspapers and its Geo News channel at all Pakistan Army offices.