Home Lightbox Turkey and the Arabs 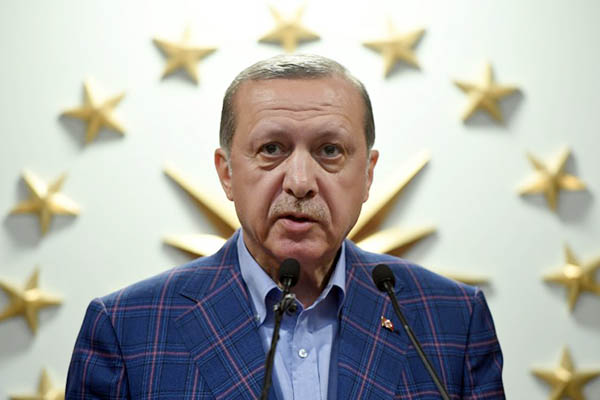 In March 2021, it was reported that Turkey had established a forward military base in Gulf state Qatar. A few years earlier, on Aug. 11, 2017, France-based Fondation Pour la Recherche Stratégique had noted in a paper: “The establishment of the Turkish forward base may not bind Ankara to defending Doha, but has shaken surrounding states regardless. While Qataris have welcomed the arrival of Turkish troops, news agencies and social media across Saudi Arabia, the United Arab Emirates and Egypt have been aflame with criticism for what is perceived as unwarranted interference in Arab affairs.

“The backlash is such that the removal of Turkish troops from Qatar had figured on the [initial] list of demands sent by the boycotting states to Doha, which has since been retracted. The Turkish administration has not shied from denouncing the U.A.E.’s actions, but will strive to maintain cordial relations with Saudi Arabia. Although how the crisis will play out remains to be seen, there is little doubt that the repercussions of the Turkish troop deployment will be felt for years to come.”

Turkey and memory of Ottoman Rule

Turkey under President Recep Tayyip Erdogan wants to return to the glory of the Ottoman order of the 16th century when the Arabs in the Gulf and the African coast were subjugated by the armies of Sultan Selim, also called Selim the Grim. The empire lasted four centuries. Today’s Turkey, a NATO member not accepted yet in the European Union, follows the aggressive policy line of President Erdogan, challenging the Western powers; Egypt and Israel in the Mediterranean; worrying Russia in the Black Sea; and challenging China on the question of the latter’s treatment of its Uighur Muslim population.

Turkey asserts itself in Afghanistan too—where it was part of the NATO forces—as the champion of the Turkic tribes of North Afghanistan. Pakistan has always been close to Turkey because the Muslims of India in 1918 held their largest-to-date protest movement against the termination of the Turkish Khilafat, for which the Turks have always been beholden, first to the Muslims of India, then to Pakistan.

In December 2019, Turkey almost got Pakistan and Malaysia to hold an Islamic Summit in Kuala Lumpur as a kind of alternative to the Arab-dominated Organization of Islamic Cooperation (OIC). This attempt floundered over Saudi opposition, and Pakistan pulling out to keep its Arab friend happy. One negative comment by Indian paper The Tribune on June 29 recalled the failed alternative OIC: “Pakistan under Imran Khan has seriously upset [its] benefactors like Saudi Arabia and the U.A.E. by seeking to strike deals with their Islamic rivals like Turkey, Iran and Malaysia. He did not realize that over the centuries, the Muslim Ummah has been afflicted with Persian-Arab and Arab-Turkish civilizational prejudices, apart from age-old Shia-Sunni rivalries.”

In the beginning of the 16th century, almost all Arab countries were subjugated by the Turks and incorporated into the Ottoman state. In 1514, Sultan Selim led the Turkish army to conquer northern Iraq. In 1516, he wrested Syria and Palestine from the Egyptian Mamelukes and one year later routed the Mameluke army, destroyed the Mameluke state and conquered Egypt and the Hejaz.

Turkey’s Hurriyet Daily News, on Aug. 4, 2012, wrote: “In 1517, the Ottoman Sultan Selim I turned his attention toward the Mamelukes who ruled an area that extended from northern Syria to the Arabian Peninsula from their capital of Cairo. He had decisively defeated the Persian shah and had been irritated to find that the Mamelukes had been supporting the Persians against him. But he justified his campaign on the grounds that the Mamelukes were too weak to ward off the aggressive Portuguese who threatened the Arabian Peninsula with its holy cities as a result of their activity in the Indian Ocean and Red Sea. The sultan entered Cairo in January 1517 after a fierce battle in which the Ottomans prevailed. At that time he also took the title of caliph which had been the prerogative of the Mameluke sultan up until then.

“Some months later Sultan Selim and his army proceeded to conquer Mecca and Medina, the holy cities, but he never fought a battle because the sharif (governor) of Mecca presented him with the keys to the cities. On Aug. 29, 1517, Selim was officially proclaimed caliph by the sharif. The title of caliph originally meant successor, that is, the successor to [Islam’s] Prophet. It became the title designating the highest post in Islam. For centuries it was held by the strongest political ruler.”

Egypt under Ottoman rule from 1517 till 1918 was characterized by chaos, unrest, poverty, decline in agriculture, and the disappearance of crafts and industries, followed by underdevelopment at all economic, scientific and cultural levels; and this image persisted for decades until the fall of the Ottoman Empire. Within a period of about 100 years, almost all the Arab countries, except Morocco in the west and inner Arabia and Oman on the Arabian Peninsula, were included in the Ottoman Empire and for some three or four centuries suffered Turkish oppression. The desire to impose the feudal system of exploitation on the people prompted the Ottoman feudalists to conquer the Arab countries. There was also advantage to be gained from the Arab countries’ position on the world trade routes. By controlling Algeria, Tunisia and Tripoli, the Ottoman could carry on extensive trade with the European countries.

Under the Ottomans, religious establishments owned large tracts of land. Ecclesiastical estates (waqfs) were formed by “endowments” and were exempt from taxation since they were proxies of the Ottomans. The clergy was the mainstay of the feudal system, which explains the domination by the Muslim clergy of the pro-Turkey Khilafat Movement in India, adroitly led by the Congress leader Gandhi, which tended to sideline Muslim leaders like Muhammad Ali Jinnah and Allama Mohammad Iqbal.

Spat between Abu Dhabi and Turkey

Research organization Control Risks noted in its issue of Oct. 23, 2020: “Deteriorating relations between Turkey, on the one hand, and Saudi Arabia and the U.A.E. on the other have been playing out in a public war of words. In July, Turkish Minister of Defense Hulusi Akar claimed that Abu Dhabi was harming Ankara’s interests and that ‘at the right place and time, accounts will be settled.’ U.A.E. Minister of State for Foreign Affairs Anwar Gargash retorted that Turkey should stop its colonialist interference in Arab affairs.

“Both sides seek to support the military and financial power they deploy to various regional theaters but also attempt to draw on historical legacies to frame these clashes and garner domestic and regional public opinion. In 2017, Turkish President Recep Erdogan and U.A.E. Minister of Foreign Affairs and International Cooperation Abdullah bin Zayed Al Nahyan traded cutting remarks over the Ottoman Empire’s actions in the Arabian Peninsula. Saudi Arabia subsequently pulled out Turkish TV series and revised its history curriculum to highlight resistance in the peninsula. There have been social media campaigns in the Kingdom calling for boycotts of Turkish goods and of Turkey as a holiday destination.”

Francis Fukuyama in his monumental The Origins of Political Order: From Pre-human Times to the French Revolution (2011), offers some parting thoughts on the Ottomans: “While the military slave served as the basis for the Ottomans’ rapid rise to power from the 14th to the 16th century, it was subject to internal contradictions and could not survive the changing external conditions faced by the empire in the late 16th century. The Ottomans never developed an indigenous capitalism capable of sustained productivity growth over long periods, and hence they were dependent on extensive growth for fiscal resources. Economic and foreign policy failure fed off each other and made their indigenous institutions impossible to sustain. Their survival into the 20th century was explained by the adoption of Western institutions by reforming sultans, and at the very end, by the Young Turks. This was ultimately not sufficient to preserve the regime, and the Turkish Republic that succeeded it was based on entirely different institutional principles.”