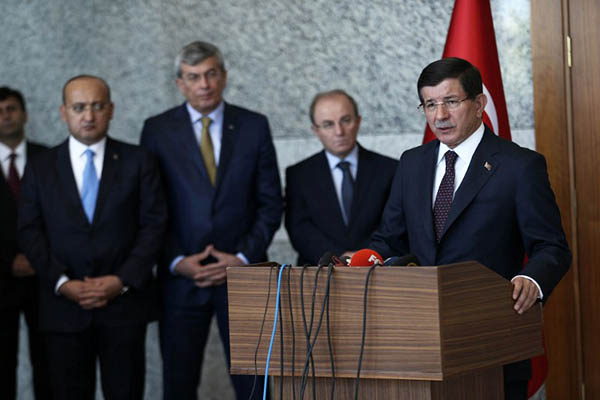 American planes will be allowed to use the Incirlik airbase to stage strikes on Islamic State positions in Syria.

Turkey’s leaders on Friday confirmed a landmark deal with the United States on the use of a key airbase near Syria, after Washington said American jets would be able to use the facility to launch raids against jihadists.

Hurriyet daily said the agreement for U.S. planes to use Incirlik base in southern Turkey provided for a 90-kilometer no-fly zone between the Syrian towns of Marea and Jarabulus to the east. “It [Incirlik] will be used within a certain framework,” President Recep Tayyip Erdogan told reporters in Istanbul, without giving further details. Asked about the deal Prime Minister Ahmet Davutoglu said: “A decision has been taken for Turkey’s own security.”

U.S. officials had grown increasingly frustrated over Turkey’s reluctance to play a full role in the coalition against the Islamic State, including its refusal to let Incirlik be used for bombing raids against I.S. But a suicide bombing in a Turkish border town blamed on I.S. followed by border clashes appear to have hardened Ankara’s resolve.

Turkish warplanes on Friday bombed I.S. targets in Syria for the first time since the current conflict started.

The agreement with the U.S., which follows months of negotiations, was reportedly finalized in telephone talks between Erdogan and U.S. President Barack Obama earlier this week and then approved by the Turkish cabinet. “We confirmed in our talks with Obama our commitment to… fight against Daesh,” Erdogan said. “We said Daesh is a terror group and Turkey will protect itself against such a terror group,” he added.

Hurriyet said the no-fly zone would shield a planned safe zone on the ground that would extend up to 50 kilometers inside Syria. The safe zone would aim at preventing infiltration by I.S. and other jihadists thereby discouraging the flow of refugees to Turkey, it said. Where necessary, U.S.-led coalition forces could conduct reconnaissance and assault operations in the area, Hurriyet said.

“U.S. planes equipped with bombs and missiles will be able to use the Incirlik Air Base” for raids against I.S., the agreement says according to Hurriyet. Turkey could back up the air raids with artillery.

Warplanes from the regime of Syrian President Bashar al-Assad will not be able to enter the no-fly zone and will be targeted if they do so, it said. The agreement does not foresee the arrival of any U.S. ground troops in Turkey but an additional contingent of up to 50 U.S. military staff will be allowed in for technical support.

About 1,500 U.S. military currently serve at the base, which houses the U.S. 39th Air Base Wing, the base’s website says. The agreement only covers use of Incirlik, which is close to the city of Adana just east of the Syrian border.

But U.S. warplanes will be able to use the Batman, Diyarbakir and Malatya airbases in eastern Turkey in the event of an emergency, Hurriyet said.