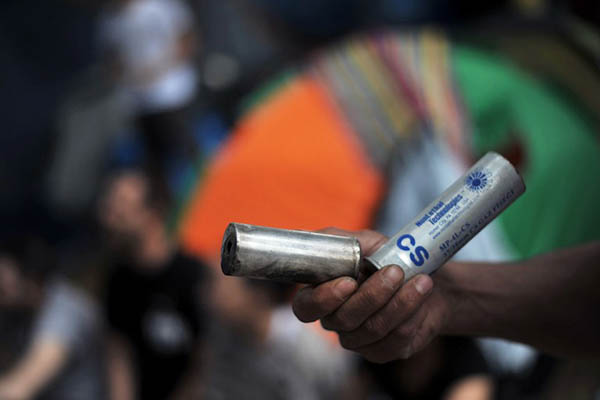 Istanbul court has directed Fatih Z. to plant and take care of 600 tree saplings as punishment for tear-gassing Ceyda Sungur.

A Turkish policeman who tear-gassed a female protester at close range in one of the most iconic moments of 2013 anti-government protests has been ordered by a court to plant 600 trees, media reported Thursday.

The tear-gassing of Ceyda Sungur was captured in dramatic images and she became known as the “lady in red” around the world due to the color of the dress she wore.

An Istanbul court found Fatih Z. guilty of causing intentional injury and professional fault and gave him two sentences of 10 months in prison. However, the court immediately cancelled these terms due to his “good behavior” during the trial and instead sentenced him to the unusual community punishment of planting 600 saplings and looking after their growth, the Hurriyet daily said.

Sungur had also been targeted by a criminal probe but this was rapidly scrapped by prosecutors.

The May-June 2013 protests started as a local show of anger against plans to develop a small park in central Istanbul. But they quickly snowballed into a nationwide wave of protest against then premier Recep Tayyip Erdogan. Eight people were killed, 8,000 wounded and thousands arrested.

Turkish prosecutors opened cases against hundreds of protesters over their conduct, as well as against a handful of police officers.