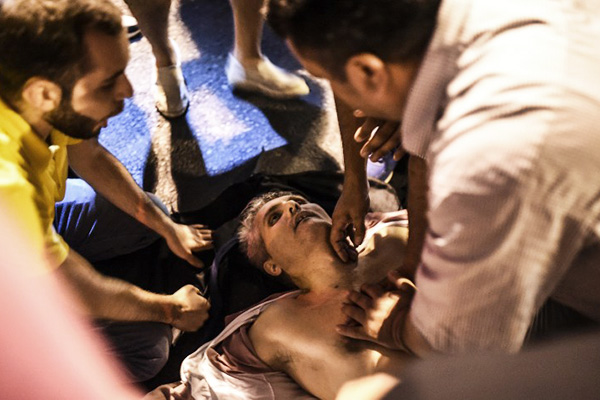 Turkish Prime Minister Binali Yildirim said on Saturday that 161 people were killed in the coup attempt against the government, with 2,839 soldiers now detained on suspicion of involvement.

Yildirim, speaking outside his Cankaya palace in Ankara and flanked by top general Hulusi Akar who was held during the coup attempt, also described the putsch bid as a “black stain” on Turkish democracy. He added that 1,440 people had been wounded.

The toll 161 did not include the assailants, he emphasized. Turkey’s acting army chief Umit Dundar had earlier said 104 putschists had been killed.

Yildirim blamed the coup attempt on the supporters of U.S.-based Turkish cleric Fethullah Gulen, who Ankara has for years accused of working to overthrow the authorities and wants to see brought to justice. The United States has shown little interest so far to Turkey’s requests for his extradition.

“Fethullah Gulen is the leader of a terrorist organization,” the premier said. “Whichever country is behind him is not a friend of Turkey and in a serious war against Turkey,” he added.