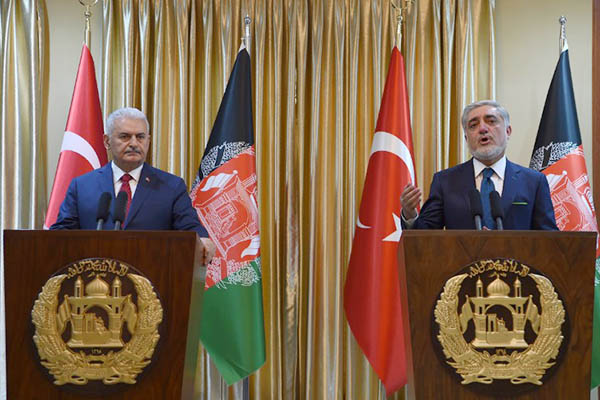 Turkey was on Sunday deporting hundreds of Afghan migrants back home on special flights, in a major operation after thousands illegally entered the country in recent weeks.

It said a total of 691 Afghan migrants would be deported this week with two more flights expected from Erzurum to Kabul later. The flights are being provided by an Afghan airline. Dogan news agency quoted migration officials in Erzurum as saying Turkey planned to deport all 3,000 Afghan migrants who were currently in Erzurum.

In Kabul, officials denied that the refugees were being deported, insisting they were coming back home at their own choice. “A number of Afghan refugees are coming back to the country of their own will,” said Islamuddin Jurat, spokesman for the ministry of refugees and repatriations. “They are the ones who wanted to use Turkey as a transit route to other countries, but when they failed they decided to come back.”

Turkey is a major hub for migrants from Afghanistan and other troubled nations seeking to cross from Asia into Europe in search better lives and work. Over a million migrants and refugees entered Europe largely through Turkey in 2015, prompting the E.U. to agree a deal with Ankara on curbing the migration in 2016.

There has been a major influx of migrants into Turkey from conflict-plagued Afghanistan in recent weeks, with reports saying almost 18,000 have entered the country illegally in the last three months.

The Afghan migrants are believed to have crossed from Iran into Turkey’s eastern Van province and then moved—sometimes walking on highways on foot—to Erzurum, one of the major cities of Turkey’s east.

Turkish state media quoted Yildirim as saying at a news conference with Abdullah in Kabul that Turkey was grateful for Afghanistan’s cooperation over the issue. “There is no problem here,” said Yildirim.

But Turkish television carried interviews with some of the migrants about to be deported—many of whom spoke excellent Turkish—who insisted that they would try and come back to Turkey. “Of course [I will try to come back],” one woman, who was not named, told the CNN Turk channel. “Back home, there is unemployment and a lack of security.”