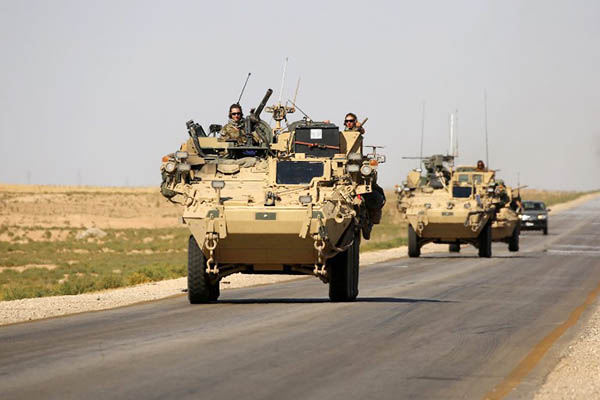 The United States reacted angrily on Wednesday after Turkey’s state news agency disclosed the locations of American military posts in northern Syria, a move the Pentagon warned could put lives at risk.

“While we cannot independently verify the sources that contributed to this story, we would be very concerned if officials from a NATO ally would purposefully endanger our forces by releasing sensitive information,” Rankine-Galloway said. “We have conveyed these concerns to the government of Turkey,” he added, noting that the Pentagon would not comment on whether the locations listed by Anadolu were accurate.

Anadolu said the bases—two airfields and eight military outposts—are being used to support the Kurdish Democratic Party (PYD) and its armed wing, the Kurdish People’s Protection Units (YPG), which Ankara views as an affiliate of the Kurdistan Workers’ Party (PKK).

Turkey views the PKK as a terrorist organization and the group has waged an insurgency since 1984 that has killed more than 40,000 people in Turkey.

Despite being NATO allies, the United States and Turkey have a fraught relationship over the current U.S.-led coalition effort to defeat the Islamic State group in northern Syria.

America is relying heavily on YPG and other Kurdish elements to conduct the fighting on the ground. And it has shipped weapons to the Kurds in a move that infuriated Turkey, which worries the guns will end up in the hands of the PKK.

Anadolu said one post in the town of Ayn Issah in northern Raqa governorate housed around 200 U.S. soldiers and 75 French special forces troops. Rankine-Galloway urged all factions to remain focused on the fight against I.S.