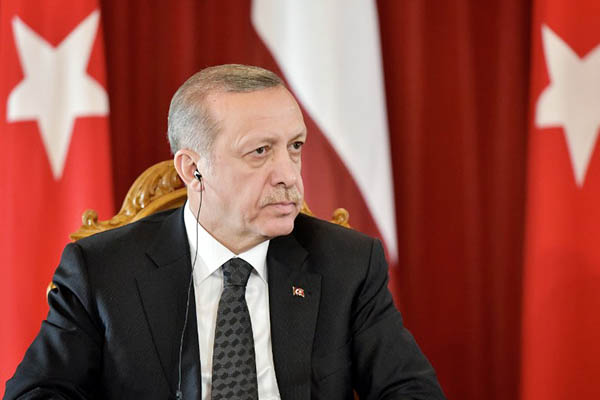 Turkish authorities on Thursday released two British reporters working for U.S.-based media outlet Vice News who were being held on terror charges in a case that amplified concerns over press freedom in the country. But their Iraqi translator remained under arrest on charges of assisting the Islamic State extremist group, legal sources told AFP, quoting a court decision.

The three, along with their driver, were detained late on Aug. 27 in the center of Kurdish-dominated Diyarbakir by police acting on a tip-off. They were then remanded in custody by a court in Diyarbakir on Monday on charges of “engaging in terror activity” on behalf of I.S. The driver however was released.

Vice News, which produces in-depth Internet video reports, confirmed that British journalists Jake Hanrahan and Philip Pendlebury had been released following a court hearing in Diyarbakir. But the group said it was “deeply worried by reports” that their Iraqi translator Mohammed Ismael Rasool had had his appeal for release rejected by the Diyarbakir court.

“Rasool is an experienced journalist and translator who has worked extensively across the Middle East with Vice News, Associated Press, and Al Jazeera,” it said. “We call on the Turkish authorities for a swift end to this unjust detainment and to grant his immediate release.”

It was not immediately clear if the two British reporters will face further legal proceedings or if they are free to leave Turkey.

Vice News had condemned the charges as “baseless” and “alarmingly false,” while leading rights groups have called for the immediate release of the reporters.

On Wednesday, the Turkish authorities transferred the three to a jail in the southern city of Adana, creating further controversy.

The official explanation by the court over why they were charged has yet to be published. The team had been visiting the region as the government wages a relentless campaign against Kurdistan Workers’ Party (PKK) militants, with several local Kurdish officials arrested and accused of supporting declarations of self-rule.

Vice News said that while sources initially said they were detained for filming without government accreditation, they had then been accused of supporting the I.S. group. Their arrest had prompted expressions of concern from Britain, the European Union and the United States.

A Turkish government source, who asked not to be named, told AFP earlier this week that Ankara was “not pleased” over the detention of the journalists. But the source also accused the Iraqi translator of creating problems by refusing to hand over encryption codes for their computers.

The head of the Diyabakir bar association Tahir Elci, who has followed the case, expressed dismay that the Iraqi translator, who is reportedly of Kurdish origin, was being held. “The British journalists are free, the Iraqi Kurdish translator remains under arrest,” he wrote on Twitter. “If the journalists did not help the [terror] organization, then what can be the crime of the person who translated for them?”

There has been growing concern about deteriorating press freedoms in Turkey under President Recep Tayyip Erdogan and in particular over the numbers of journalists facing legal proceedings on accusations of insulting top officials.

Erdogan caused outrage in the run-up to Turkey’s June 7 elections by saying opposition Cumhuriyet newspaper editor-in-chief Can Dundar would “pay a heavy price” over a front-page story which it said proved Turkey had sent arms to rebels in Syria.