Turkey Says Europe Must Take Back I.S. Prisoners in Syria 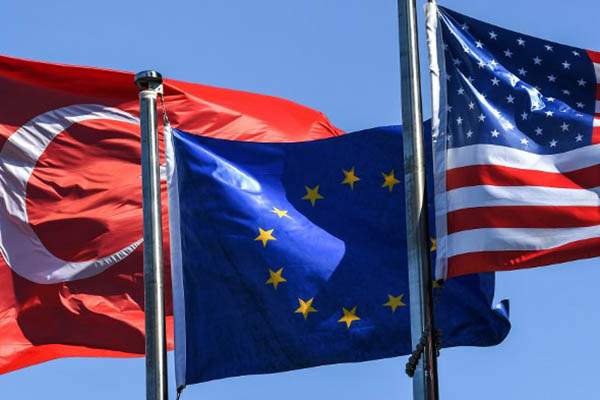 Turkey called on Europe on Wednesday to take back their citizens who have been captured as jihadists in Syria, ahead of a planned invasion into the north of the country.

A Turkish assault on Kurdish forces in northern Syria, considered imminent, has raised fears about what will happen to thousands of Islamic State fighters currently being held by the Kurds. “The root cause of the problem there… is that the countries of origin do not want to them back,” Ibrahim Kalin, a spokesman for the Turkish presidency, told the BBC.

U.S. President Donald Trump “was right about this,” he added. “Such countries as Germany, France, Italy, U.K., Belgium do not want to take them back, but they are their own citizens. They should take them, try them and follow the due judicial process.”

Kalin said Turkey would ensure that Islamic State prisoners were not let loose. “We are working on a plan with our allies and local people there, like the FSA,” he said, referring to the Free Syrian Army, a coalition of militants armed and funded by Ankara.

Kalin also reiterated that Turkey’s offensive was aimed at establishing a “safe zone” in northern Syria that would allow for the repatriation of refugees. “We want to create conditions for them to evacuate in comfort to their own towns and villages. We’re not going to force anyone to go anywhere they don’t want to go and we’re not trying to change the demographics in any part of Syria,” he said.

The White House announced on Sunday that it was pulling back forces from the Turkey-Syria border that were preventing a Turkish operation against the Kurds. It said I.S. prisoners would become Turkey’s responsibility, but Trump also called on Europe to deal with jihadists from their countries.

why turkey cosidered kurd militia as a terrorist???