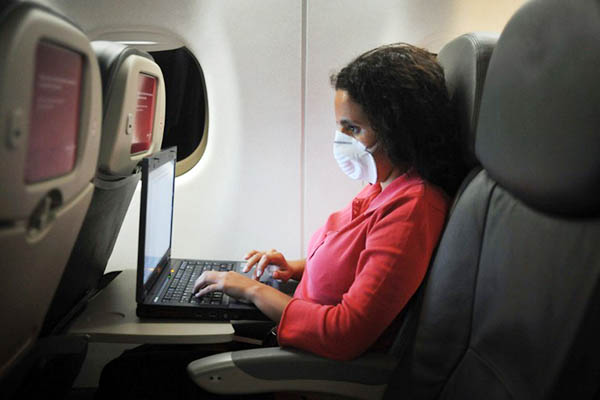 Transport minister says this will not benefit passengers and a softer approach is required.

Turkey said on Tuesday it would ask the United States to reverse a ban on electronic devices larger than mobile phones in the cabin of flights from 10 airports in Turkey, the Middle East and North Africa.

“We particularly emphasize how this will not benefit the passenger and that reverse steps or a softening should be adopted,” Transport Minister Ahmet Arslan told reporters, saying the decision was not right for Turkey or the U.S.

Airlines hit by the ban include flag-carrier Turkish Airlines, which has the highest foreign sales of any Turkish company. The airline’s profits have already been hit by a slew of terror attacks in Turkey in 2016.

Arslan said Turkish officials were speaking to their relevant American counterparts regarding the ban, which applies to direct flights to the U.S. The minister said he hoped there would be a “positive” outcome from the talks, which began on Monday.

“Annually, 80 million flights take off from Istanbul and in my opinion, people should not confuse it” with less high-profile destinations, Arslan added. “In that sense, we already take all kinds of security measures.”

Laptops, tablets and portable game consoles are affected by the ban, but they may still be stowed in the hold in checked baggage.

The new emergency ruling affects passengers on approximately 50 flights per day from some of the busiest hubs in the Middle East and North Africa as well as Turkey.

U.S. officials defended the decision, saying it was the “right thing to do” to secure the safety of those traveling. Other airlines affected include Royal Jordanian, EgyptAir, Qatar Airways, Emirates and Etihad Airways.

Turkish Airlines—in which the government holds a stake of just over 49 percent—issued a statement earlier on Tuesday confirming the ban. Arslan said that passengers head to the U.S. for many reasons including developing bilateral trade, adding that the ruling could negatively affect travelers’ comfort.