Turkey Targets App Claimed to be Key to Coup Bid 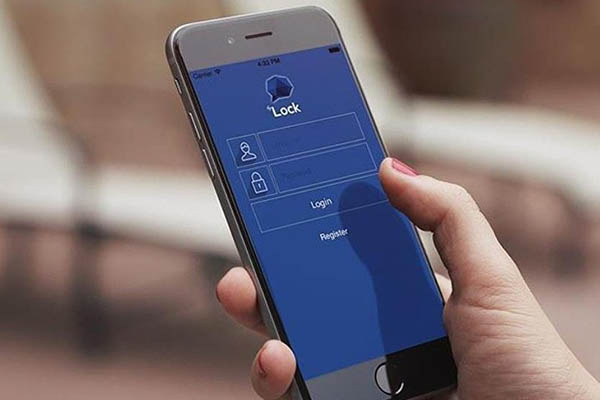 It’s the app Ankara says provided the messaging hub for many of the suspected plotters who took part in last year’s failed coup. Thousands of people have been arrested simply on charges of downloading it, including a top U.N. judge and the chairman of Amnesty International in Turkey. An NBA star is also charged with being a user.

Yet until the aftermath of the botched July 15, 2016 bid to oust President Recep Tayyip Erdogan, even top experts had not heard of the shadowy encrypted messaging application. Now its mere name has now become a whispered symbol of involvement in the coup bid: ByLock.

Turkey says the app was especially created for supporters of Muslim cleric Fethullah Gulen to create a network for organizing his sympathizers across the country. Almost every day police detain suspects or authorities issue arrest warrants for suspected users. But some of those caught up in the investigation have either denied use of the app or having any link to the Gulen movement.

Ankara accuses Gulen, who has lived in self-imposed exile in the United States since 1999, of ordering the July 15 failed coup that left 249 people dead, not including the plotters. He denies the charges.

Turkey’s National Intelligence Organization (MIT) began decrypting messages sent on the app in May 2015, according to Turkish officials. This provided the authorities with the names of more than 100,000 within the preacher’s network, according to the Information and Communication Technologies Authority (BTK).

It is not known whether the coup was planned on ByLock but officials have said a large number of people identified via ByLock were directly involved in the coup attempt. Turkish authorities said the chairman of Amnesty International in Turkey, Taner Kilic, who was detained last month, had the encrypted messaging application on his phone in August 2014. But Amnesty has angrily denied the charges against him of membership of a terrorist organization as “baseless.”

Retired ambassador Aydin Sefa Akay, a judge attached to the U.N.’s Mechanism for International Criminal Tribunals, was handed a jail sentence last month over his use of ByLock, which the authorities deemed to be proof of his links to Gulen.

Akay, who is free pending appeal, denies any link to Gulen.

Another alleged ByLock user is the U.S.-based Enes Kanter, a center for Oklahoma City Thunder basketball team, who has previously expressed support for Gulen and is an outspoken critic of Erdogan.

The app’s patent holder is an American citizen of Turkish origin, who spoke to the Hurriyet daily in October 2016, giving his name as David Keynes. He told Hurriyet he had studied at Gulen-linked schools and after moving to the United States for his Masters degree in 2001, he stayed in the same homes as Gulenists. But Keynes denied he is a member of the movement, only saying he knew Gulenists. He said “90 percent of the app’s Turkish users are Gulenists.”

“It became a medium for the Gulenists to communicate,” he added.

The patent-holder said an individual nicknamed “Fox” was the app’s designer and had links to the movement. Keynes lived with “Fox” in Portland between 2003 and 2004. But Science, Industry and Technology Minister Faruk Ozlu said last September the app had been developed by former employees—and Gulenists—at the Scientific and Technological Research Council, known by its Turkish initials as TUBITAK.

To get the app, users have to download a file, cybersecurity expert Alper Basaran said. Initially it had been available on Apple’s App Store and Google Play Store in September 2014 and March 2015 respectively. Its server was in Lithuania. “If you search on the Internet, you can find the file,” Basaran told AFP.

Once a user has ByLock—unlike with WhatsApp where users need an individual’s mobile number to make contact—people can only communicate with each other if they know the person’s user ID.

According to MIT, there were over 215,000 ByLock users. Once the Gulenists realized the app had been compromised, they switched to an app called Eagle after January 2016, Eva Galperin, the director of cybersecurity at the Electronic Frontier Foundation, said. “[ByLock] was not a secure messaging application. The Turkish government was reportedly spying on communications by Gulenists carried out over ByLock,” she said.

When Eagle was compromised, they simply switched to WhatsApp. Officials have most recently said the movement’s members were now using an app called “Cryptnote.”