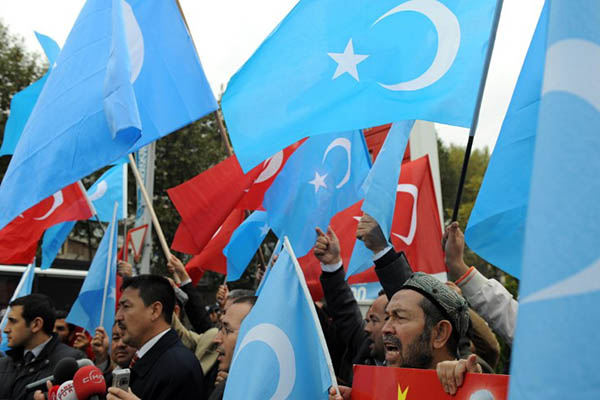 When Abdulweli Ayup, a Chinese ethnic Uighur, fled his home in 2015 after he was jailed, he found refuge like other exiles in Istanbul where Turkey’s government prides itself as a defender of oppressed Muslim minorities. After years of frustration, Ayup, who was imprisoned for promoting his native Uighur Turkic language in schools at home, says Turkey finally appears to be fulfilling a promise to take up the banner for China’s minorities.

Last month Turkish authorities broke several years of silence and launched a blistering attack on China over how it treats its Muslim population, reviving hopes among exiles in Turkey that change had come. “I was so happy when Turkey reacted,” said Ayup. “Hopefully they will do more… they can do more.”

A U.N. panel of experts says nearly one million Uighurs and other Turkic-speaking minorities are being held in extrajudicial detention in camps in Xinjiang, where most of China’s more than 10 million Uighurs live.

After initially championing the cause, Turkish President Recep Tayyip Erdogan’s government recently toned down criticism of China as Ankara deals with economic troubles and its increasing isolation from the West after a run of diplomatic disputes.

Now rights groups and critics are once again bringing up the plight of Chinese minorities, pressuring Erdogan’s government to balance the economic benefits from closer ties with China against a rights issue that stirs passions in Turkey.

Turkish officials in February had described as a “shame for humanity” the “systematic assimilation policy” employed against ethnic Uighurs and other Turkic-speaking minorities in China. Those remarks rekindled hope in the large community of minority exiles in Istanbul who have been divided between disappointment and anger and want Ankara to do more.

“I have never asked the government to go to war for us or to give us money. The only thing I asked was that they make some fuss,” said Omir Bekali, an ethnic Kazakh who fled a year ago after being released from a Chinese re-education camp.

Turkey’s position contrasts with Egypt, where rights groups say hundreds of ethnic Uighur have been rounded up in the last few years, questioned about their beliefs and some sent back to China.

The plight of the Uighurs has in the past provoked virulent reactions in Turkey, from protesters burning Chinese flags in front of the Chinese embassy to South Korean tourists getting beaten up in the street after being mistaken for Chinese. In 2009, Erdogan even accused Beijing of committing a “kind of genocide” against the Uighurs.

Turkish reactions have since been more muted.

Since 2016, when Turkey faced an attempted coup, crises with the West and worsening economic difficulties, Ankara has been drawing closer to Beijing, says Selcuk Colakoglu, at the Center for Asia-Pacific Studies in Ankara. In 2017, Turkey promised to “eliminate” anti-Chinese forces from its territory, a reference to pro-Uighur activists.

Last December, Erdogan’s party blocked a proposal in parliament calling for the creation of a commission to examine the situation of Uighurs in China. Erdogan “faces a dilemma: to defend the economic interests of the country or respond to this concern of voters,” Colakoglu said referring to the minorities.

Turkey’s reaction last month was triggered by the announcement in some media, denied by Beijing, about the death of a famous Uighur poet, Abdurehim Heyit.

The Muslim world in particular had been conspicuously quiet over the issue, possibly to avoid Chinese diplomatic or economic retaliation. Turkish officials said they had learned that Heyit died serving an eight-year prison sentence “over one of his songs.” China rejected that, calling the Turkish statement “vile.”

Turkey’s government is already aware the price could be high if it goes too far: after that criticism last month, Beijing temporarily closed its consulate in Izmir and called on its citizens to “strengthen their vigilance” in Turkey.

Turkey’s voice will be important, Ayup said, because it can influence public opinion in other Muslim countries, which have remained silent on the issue. “We do not want Turkey to cut relations with China,” he said. “But that does not mean that it has to turn a blind eye to a humanitarian disaster.”