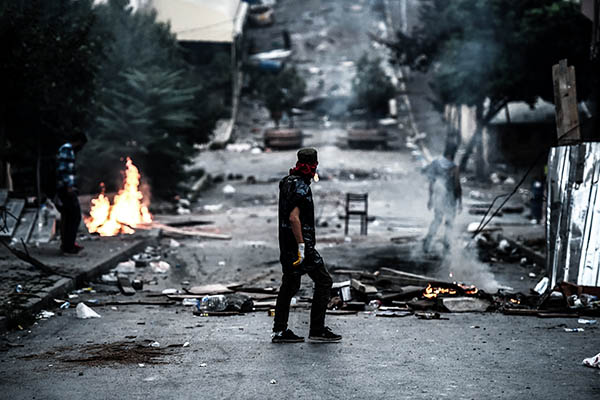 Ankara is in more trouble than it thinks.

It was March 24, 2010. I was headed to the Presidential Complex in Ankara to interview then-President Abdullah Gul for Newsweek. Gul was to travel to Pakistan a few days later. Turkey, under the AKP, had become a major economic success story in the Muslim world and Pakistan, always close to Turkey, was drawing even closer to Ankara. I wanted to get a sense of Turkey under the AKP and what might have caused that country to rise from a near state of destitution to the point where its detractors had begun to refer to its projection of itself as neo-Ottomanism.

The interview spanned many areas: Turkey’s foreign policy, especially in the neighborhood and with particular reference to Syria, its economic uplift, political consolidation, civil-military relations, the traditional bugbear of Turkish politics, relations with the E.U., the emphasis on the Middle East et cetera.

Three things struck me about what the president said: internal political consolidation, economic progress and, as he put it, zero conflict in the region. The absence of conflict with neighbors, he said, was an absolutely necessary condition for political and economic consolidation at home.

Back in Lahore, while Gul was visiting Pakistan, at Newsweek, we arranged for a breakfast meeting of the city’s intellectuals with him. He gave us the same advice. Without an absence of conflict, there can be no political consolidation and no economic uplift. Military strength, he implied, was a function of political and economic stability.

That was 2010. Gul is no more on the political scene. Ahmet Davutoğlu, the professor and diplomat who shaped Turkey’s foreign policy for more than a decade, is now the prime minister. Recep Tayyip Erdoğan, the former prime minister, since the change of system in 2014, is the president. In between, Turkey has been rocked with multiple scandals internally and Erdoğan has been, and remains, under fire for his dictatorial policies, charges of nepotism and corruption as also his social conservatism.

In the neighborhood, the policy of zero conflict has unraveled. Relations with Syria are inimical and that country’s total meltdown now threatens southern Turkey. The economy has slowed down. Talks with the E.U. have stalled. The Kurdish problem, never far from the surface, has blown up again. The entire stretch of the border with Syria and northern Iraq is unstable. But worse, there is increasing evidence of Ankara’s dealings with Al Qaeda-related groups in Syria as also the biggest scourge that has taken hold of the region, namely, ISIS, or I.S., as the group calls itself.

Today, as the Middle East comes apart, Turkey, especially its eastern, southern and, perhaps central parts, are vulnerable to some of the forces it has helped unleash in its southern neighborhood. This Turkey is very different from the one envisaged by Gul and Davutoğlu and which Gul presented to me on that sunny, but pleasantly nippy, day in Ankara.

I was in Ankara again, in November 2011, this time at the invitation of the Turkish military, to speak at the military’s NATO-affiliated Center of Excellence. On one of the evenings, at the Mess, the discussion veered to terrorism. The Turkish officers were concerned about the PKK. They viewed the Kurdish autonomous region in northern Iraq with suspicion and argued that it could galvanize the Kurdish dream of having an independent state. Despite being a NATO member, some expressed deep reservations over U.S. motives and policies. My sense was that Turkey considered Kurdish identity and secessionism to be its number one threat and was likely to ally with anyone if it meant keeping the Kurds leashed.

When Ankara’s relations with Damascus became sour, I spoke to a high Turkish diplomat to get a sense of what Turkey’s game plan was. I was told that Ankara thinks it was important for Bashar al-Assad to open up the political system for people’s expression. That, to me, was a non-starter. The Syrian regime, both in sectarian and structural terms was configured such that Assad simply could not afford full expression of the people. That would mean an abrupt end to his regime and I couldn’t see how he would agree to a course of action that was sure to sound his death-knell.

I argued that point with my interlocutor. I didn’t think Ankara’s policy was smart or nuanced. It seemed to be pushing Assad into a corner and it was likely to start a chain of events that no one could ultimately control. I don’t think, going by that hour-long discussion, that Ankara had really thought its policy through in terms of its consequences. The entire issue was being couched in terms of greater openness and people’s expression with no thought to how openness would impact Syria’s sociopolitical fabric.

Now, of course, the consequences are there for public viewing. Syria is no more a viable state, the Assad regime has managed to kill almost 200,000 people, the same brutality and thievery has been resorted to by groups fighting Assad as well as each other, but most of all the region has seen the rise and consolidation of I.S., which now controls large swaths in both Syria and Iraq.

Into this mix we have Kurdish groups that are operating in both Iraq and Syria. The Kurds are fighting the I.S., the Syrian regime and now, also, Ankara. The traditional enmity with Ankara aside, the Kurds—PKK and YPG—allege that Ankara has had no real interest in fighting I.S. These allegations are not propaganda, either. There is increasing evidence of this from independent sources. This was also clear from Ankara’s reluctance to take on the I.S. or move in to save Kobane when that city, just across from the Turkish border, fought for its life against I.S. fighters. In Ankara’s estimation, the Kurds remain, by far, the bigger threat.

But now I.S. has gone and killed, mostly, Kurdish youth activists inside Turkey. I.S. has signaled its intentions as well as its reach. Turkey’s southern border belt is already vulnerable because potential I.S. recruits have been using multiple border points to cross over into Syria and then Iraq. But while Turkey now has to do something about I.S., the Kurds, especially the PKK, have become active too, killing Turkish police and military personnel.

Turkey’s response has been to bomb I.S. and PKK strongholds. The airstrikes will be no more useful than they have been over the last year with the U.S.-led multistate coalition bombing I.S. positions and areas.

The bigger problem for Ankara is that it is taking on both the I.S. and the Kurds even as the Kurds have both the fighters and the resolve to fight I.S. In allowing its traditional stance toward the Kurds (PKK), Ankara is still unprepared to leverage the anti-I.S. sentiment among the Kurds to its advantage. Failing to do that means that Ankara is exposing itself to two potential adversaries and will have to fight both instead of neutralizing at least one.

Critics in fact allege that Ankara’s current activity against I.S. may be more tactical than strategic and that Turkey is not about to change its I.S. policy. If that is true, it will be a terrible mistake, one for which Turkey might have to pay a very heavy price, especially if this policy begins to result in more people within Turkey getting swayed by the I.S. ideology. At every level, internally and ideologically, that could pose a much bigger threat to Turkey than the Kurdish problem.

AS AN INDIAN SUFFERED AT THE HANDS OF MUSLIM AGGRESSION, SHOULD I FEEL HAPPY OR SORRY FOR SO MANY KILLINGS THAT TO MUSLIMS BY MUSLIMS? SHALL NO ISLAMIC LEADERS EMERGE TO SAVE MUSLIM UMMA FROM NUCLEAR WW-III?