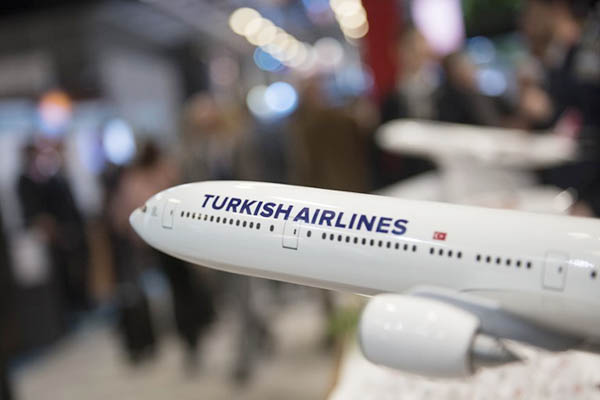 Turkish Airlines said on Friday passengers can use their laptops until they board in a bid to make them “more comfortable” after U.S. and Britain introduced bans on large electronic devices in the cabin of flights from certain countries’ airports.

“Laptops, tablets and other electronic devices may be used until the boarding gate where they will be handed over” to the airline’s staff, Turkish Airlines said in a statement.

Washington issued a ban on electronic devices larger than mobile phones on direct flights to the United States from 10 airports in seven Middle Eastern countries and Turkey, only allowing them to be in hold luggage. Britain followed with a similar ban from five countries from the Middle East and northern Africa as well as Turkey.

Turkish Airlines said the devices given would then be tagged at the gate for “safe and secure transportation,” placed in a special area in the cargo hold of the aircraft and returned to their owners upon arrival at the destination. The aim was to make sure passengers were “more comfortable” as the bans were implemented, the Turkish flagship carrier added.

The airline said passengers would still be able to use the Internet on board with their mobile phones.

Turkish Transport Minister Ahmet Arslan said Ankara had taken the issue to the International Civil Aviation Organization (ICAO) where it would make the necessary arguments against the ban, state-run news agency Anadolu reported. President Recep Tayyip Erdogan urged Washington and London to withdraw the bans on Turkey “as soon as possible” on Thursday in a televised interview.

Turkish Airlines is the country’s largest exporter by foreign sales volume, whose profits have already been hit by a series of terror attacks last year.