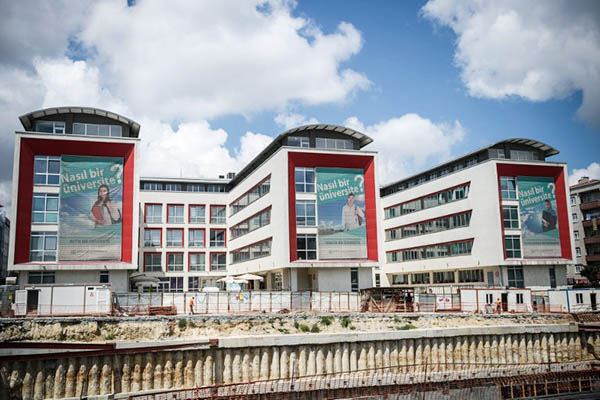 Authorities have shut down 15 private universities and demanded resignations of over 1,500 deans.

With deans forced to resign and academics in custody or dismissed, Turkish universities are among the hardest-hit targets of the purge launched after the failed coup.

Days after the attempted overthrow of President Recep Tayyip Erdogan, authorities shut down 15 private universities and demanded that 1,577 deans resign—an earthquake for the higher education sector.

Turkey has enforced a three-month state of emergency and is determined to weed out all influence of reclusive U.S.-based cleric Fethullah Gulen, whom it accuses of orchestrating the July 15 putsch.

Erdogan has since launched a merciless war against his rival, saying his supporters have pervaded all Turkish institutions, especially the education sector.

Ibrahim Kabaoglu, a professor in constitutional law, said Turkish academics had faced layoffs during 30 years of earlier states of emergency, but they had occurred under military rule. “This is the first time that this is happening under the constitutional regime.”

At the public Galatasaray University in Istanbul, two days after the botched coup, administrative staff asked academics to denounce their Gulenist colleagues, giving the signal for a witch-hunt. At the same university this week, “academics were invited to write a letter stating that they had nothing to do with Gulen,” said one lecturer, preferring to remain anonymous for security reasons.

Galatasaray’s rector, who brought in the measure, apparently wanted to protect his staff against a further backlash after the prestigious institution was among those purged and all its deans had to resign.

Erdogan’s Islamic-conservative AKP party has invested heavily in higher education since 2003, in a country where, since the rule of its modern founder Mustafa Kemal Ataturk, the elite has always been well educated. “The effort was substantial,” said a Western higher education specialist, also declining to be named. Universities were opened “from north to south, east to west,” with some of them accommodating up to 70,000 students. The country had 207 universities before the coup: 123 public and 84 “foundations,” essentially private.

And the 40 best Turkish universities were internationally oriented, with English-language courses and rich exchange programs.

But the failed coup has thrown such institutions into turmoil, with the powerful Higher Education Council (YOK) taking control of staff recruitment, courses and travel. Even since 2013-14, the government “has shown a commitment to bringing public and private universities progressively under control,” said the education specialist.

Along with initially banning work trips abroad after the coup, the YOK said academics who were already on foreign missions should return home “within the shortest possible time.”

“That creates a climate of fear, of tension, which is very bad for freedom of intellect, thought and research,” said the specialist.

Government officials did not respond to AFP’s request for comment.

The upheaval will in particular hit Turkey’s Erasmus programs with Europe and numerous scholarships with North America. In Canada, the University of Quebec in Montreal along with Toronto and McGill Universities told AFP they had suspended sending students to Turkey for the next academic year.

In France, the Conference of University Presidents denounced “the business of destroying Turkish universities” and indicated that “for security reasons, a certain number of establishments do not plan to send their students to Turkey.”

But is Gulen’s influence in Turkish universities as weighty as authorities believe?

“It’s not a fantasy, but one can say the Gulenists live more or less hidden,” said the education specialist. Gulen’s network ran hundreds of Turkey’s “dershanes”: widely attended cramming schools that offer extra tutoring to students.

A solid source of revenue, these establishments also gave Gulenists the chance to shape and earn the loyalty of the brightest students.

For 10 years, “Erdogan put Gulenists everywhere in the universities, instead of the AKP who were not educated,” said the lecturer at Galatasaray.

Many dershanes were however shut down in 2014 by Erdogan after Gulen became his bête noire. Some have since reopened under different names.

At Istanbul’s public Bosphorus University, Turkey’s most prestigious, the university’s pool of mostly pro-Western and secularist free thinkers “feel heartbroken and disgusted” by the purge, an academic said. “A lot of people have lost their jobs.”