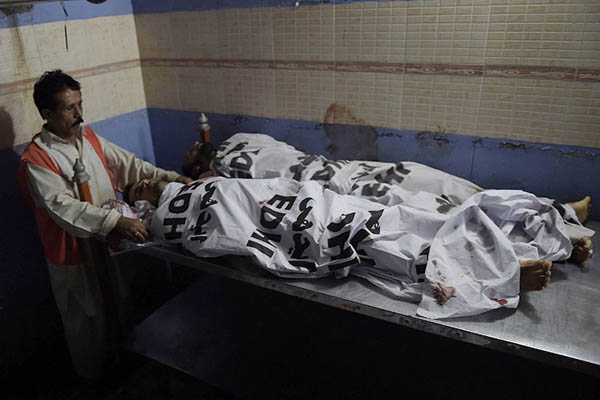 Officials on Wednesday said an intelligence officer and two alleged operatives of Al Qaeda’s South Asian chapter were killed in a shootout in Karachi.

The clash followed a raid early Tuesday on an apartment in Gulhsan-e-Iqbal, a middle class residential neighborhood in the city’s east, a spokesman for the paramilitary Rangers said.

“On seeing Rangers, [the] terrorists opened fire, the Rangers troops fired back and after an exchange of fire two terrorists got killed,” the spokesman said.

One intelligence officer was also killed while a soldier sustained wounds, the Rangers said. The men were identified as Abdul Ahad and Mohammad Sauleh, said to be Al Qaeda’s chief in the city and his assistant, respectively.

Little was known of the two men before their deaths and analysts believe security forces often exaggerate the seniority of militants they kill in encounters.

A security official who did not wish to be named said that some relatives of Ahad were also detained in the same neighborhood.

Al Qaeda’s South Asian branch was set up last year in what was widely seen as a response to the growing appeal of the Islamic State group in the region.