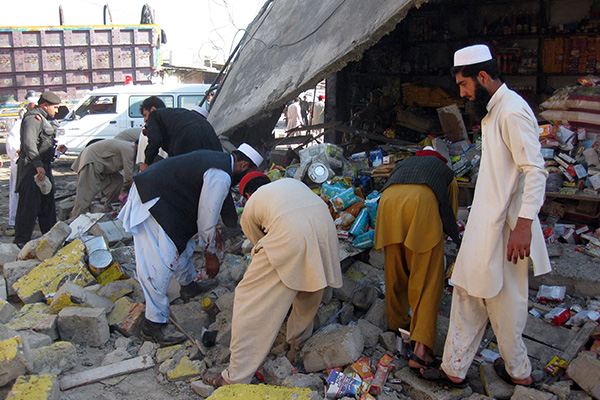 A bomb explosion on Saturday killed two members of a pro-government militia in a tribal region near the Afghanistan border, officials said.

The explosion took place in Chamarkand town in the Bajaur tribal region.

“Two members of a pro-government tribal peace committee were killed when an improvised explosive device went off near them,” according to local administration official Ghulam Saeedullah. He said the men were inspecting the site of an earlier IED blast when a second device went off.

The attack came two days after about a dozen insurgents attacked the homes of two tribal elders near Khar and later killed them.

Pakistan has been fighting homegrown Taliban insurgents in its northwestern border areas with Afghanistan for over a decade. A U.S.-led NATO combat mission across the border is due to withdraw next year after a 12-year Afghan Taliban insurgency.