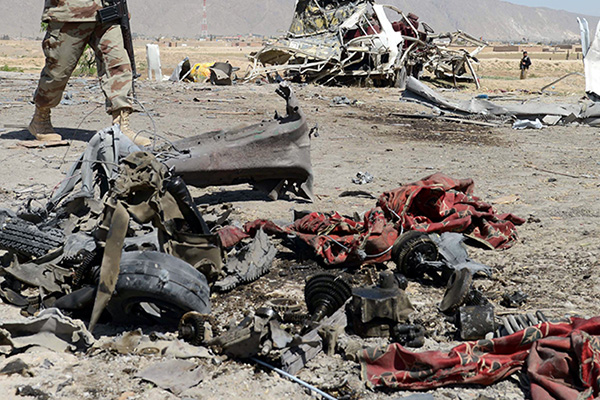 At least two people were killed and five others wounded on Thursday when a motorcycle bomb exploded at a roadside restaurant in northwest Pakistan, police said.

The remotely triggered bomb exploded on the main highway between the towns of Kohat and Hangu in Khyber-Pakhtunkhwa province, which is rife with Taliban and Al Qaeda-led militancy.

“The motorcycle was parked at a roadside restaurant 20 kilometers from Kohat city. Two people were killed and five others wounded in the attack,” said Dilawar Khan Bangash, district police chief of Kohat. “One person died at the spot while another died while being shifted to hospital.”

“We received one dead body and five wounded from the blast site,” said Mohammed Shamshad, a doctor at Kohat’s main hospital.

Police said the motive for the attack was not immediately clear.

“The motorcycle carrying the bomb was parked close to a small mosque, built at the restaurant to facilitate customers for prayers. But we don’t know the reasons why and who managed this attack,” said Bangash.