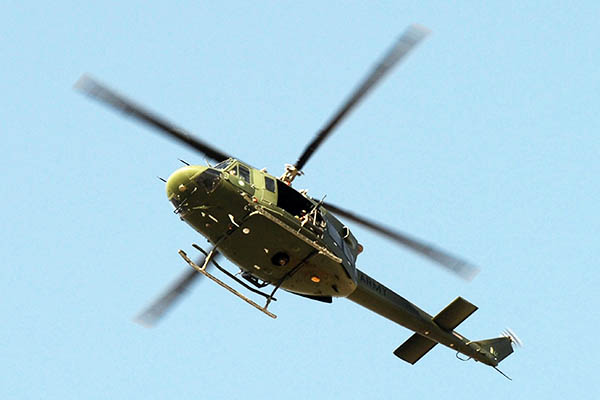 Army aviation pilots died when their helicopter crashed in Multan during training mission.

Two pilots were killed on Wednesday when an Army helicopter crashed in Multan while carrying out a training exercise, military officials said.

“Two Army aviation pilots embraced martyrdom when their helicopter crashed during a night flying training mission due to a technical fault at Multan tonight,” the military said in a statement.

A senior military official said that a dust storm that hit the aviation base as the helicopter was taking off could have been a factor in the crash. The official and the statement did not give the type of helicopter, but the Pakistan Army has Russian and American helicopters in its fleet.

The accident comes as the military carries out a major offensive in North Waziristan, where Taliban and Al Qaeda-linked militants have taken refuge. The armed forces have used jet fighters, tanks and artillery to kill 361 people they have described as militants, although the number and identity of the victims are impossible to verify.