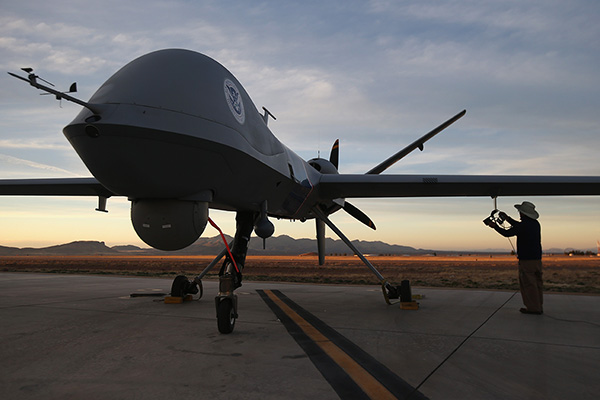 The attack took place in the Mir Ali area, some 35 kilometers east of Miranshah, the main town of North Waziristan tribal district, a stronghold of Taliban and Al Qaeda-linked militants along the Afghan border.

Local security officials said both the suspected militants were believed to be from Turkmenistan but their exact nationalities are yet to be ascertained. “The target of the drone was the militants on [the] motorcycle, some nearby houses were also damaged,” according to a local security official in Miranshah.

Another security official in Miranshah added they were “verifying the reports that both the militants” were from Turkmenistan.

Attacks by unmanned American aircraft are deeply unpopular in Pakistan, but Washington views them as a vital tool in the fight against Taliban and Al Qaeda militants in the lawless tribal areas along the border with Afghanistan.

Pakistan has repeatedly protested against these strikes and has also summoned U.S. diplomats in Islamabad to condemn the drone strikes, which it says are a violation of Pakistan’s sovereignty and territorial integrity.