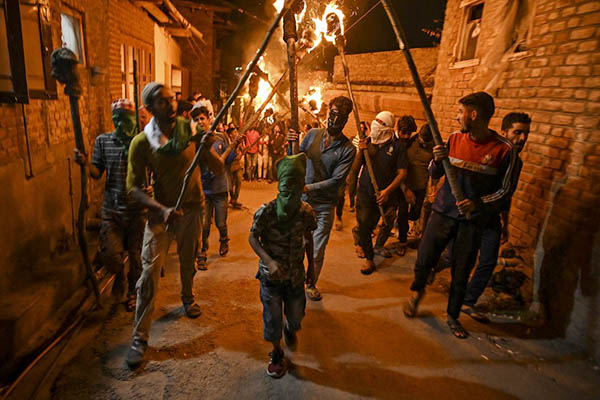 Children as young as nine detained, protests and tear gas, allegations of torture, businesses shut and no mobiles or internet: it’s now been two months of misery in the Kashmir Valley.

India stripped Jammu and Kashmir of its autonomy on Aug. 5 and said it would split the state in two, after sending in tens of thousands of troops to impose a lockdown and detaining the region’s top politicians. Indian Prime Minister Narendra Modi said the audacious move was to end “a vicious cycle of terrorism, violence, separatism and corruption” and make India-held Kashmir a “paradise once more.”

Kashmir has been divided between India and Pakistan since 1947 and has been the spark for two wars between the nuclear-armed foes and numerous clashes, most recently in February. Since 1989 tens of thousands of people, mostly civilians, have died in an uprising against Indian rule by militants wanting all of Kashmir to be part of Pakistan or an independent state.

Evidence on the ground suggests that locals there are livid about India’s latest move, with regular demonstrations, business owners refusing to open their premises and children kept out of schools.

The Indian government says that most people in the Kashmir Valley, the main hotbed of resistance to Indian rule, support the move and that opposition comes only from elements backed by Pakistan. Indian security forces have killed several separatists in gun battles and police said they intercepted weapons bound for Kashmir.

Pakistani Prime Minister Imran Khan last week told the U.N. General Assembly that India could unleash a “bloodbath” in the Muslim-majority region, warning of the risk of nuclear war.

More than 4,000 people have been arrested since Aug. 5, including 144 minors, around 1,000 of whom remain in custody, some under a law that allows suspects to be held for up to two years without charge. Landlines have been restored but mobile phones and the internet remain snapped in most of the Kashmir Valley, home to around seven million people. India insists “normalcy” is being restored.

Around 100 civilians and 400 members of the Indian security forces have been injured in clashes since Aug. 5, authorities say. Locals have also blamed the authorities for the deaths of four civilians—including a mother who choked to death after tear gas was fired into her home.

Outside the main city Srinagar, young men told AFP last month that soldiers tortured them. The military strongly denies this. U.N. human rights chief Michelle Bachelet has said she is “deeply concerned” while Washington has called for a “rapid” lifting of restrictions.