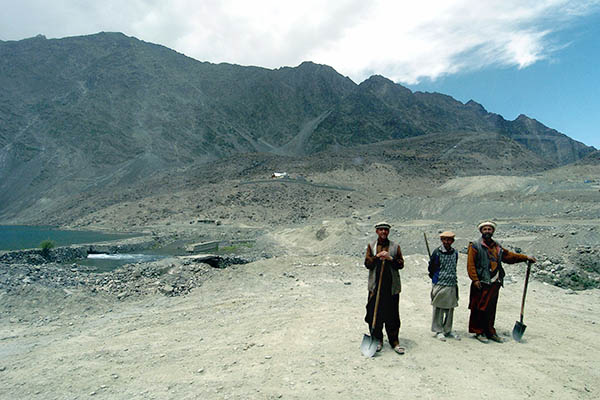 Father and son were reportedly caught in avalanche while waiting for weather to clear.

Martin Walter Schmidt, 53, and his 25-year old son Denali Walter Schmidt went missing at Camp 3 on the 8,611-meter mountain on Saturday, said Manzoor Hussain, chief of the Alpine Club of Pakistan that coordinated the expedition.

Two Nepalese Sherpas who had gone up reported that an avalanche damaged Camp 3 and both men were missing, Hussain added.

In recent days several avalanches on the mountain have forced climbers to return to base camp. The New Zealanders were waiting at Camp 3 for the weather to clear, he said.

A separate rescue has been called off for three Spanish climbers who went missing in bad weather after scaling the 8,068-meter Gasherbrum-I peak in the Karakoram range on July 21, he said.

And three Iranian climbers who went missing on July 16 on another mountain are presumed dead, according to officials.

Pakistan is home to five of the 14 global peaks over 8,000 meters. Deaths among climbers are not uncommon.