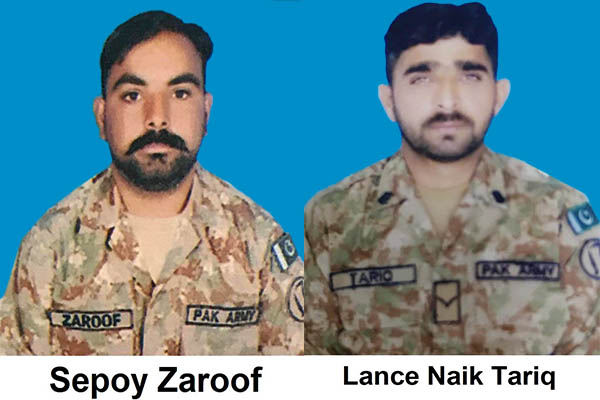 Less than a day after reports of India planning a ‘false flag’ operation, ISPR reports another ceasefire violation along disputed boundary

Two soldiers of the Pakistan Army embraced martyrdom on Wednesday, according to a statement issued by the Inter-Services Public Relations (ISPR), which added that “heavy losses” had been inflicted on Indian forces who had violated a ceasefire agreement.

Pakistan has repeatedly asserted that India has ramped up its violations of a 2003 ceasefire agreement between the two nations in the past year, with officials claiming this is part of efforts to divert global attention from the domestic woes of the Prime Minister Narendra Modi.

Ties between the two nations have been strained since 2019, when India blamed Pakistan for an attack in India-held Kashmir’s Pulwama that resulted in the deaths of 40 soldiers. Despite Pakistan’s denials, Delhi on Feb. 26, 2019 deployed aircraft into Pakistani territory and bombed an empty mountainside in Balakot before retreating upon the arrival of Pakistan Air Force jets.

A day later, PAF shot down two Indian planes and captured Wing Commander Abhinandan Varthaman, who was later released as a “goodwill gesture.”

The situation deteriorated further after India unilaterally revoked Kashmir’s special constitutional status, imposing a communications blockade in the disputed region and turning it into the world’s “largest open-air prison.”

The latest ceasefire violation came within hours of local media reporting that India was planning a “false flag” operation to divert global attention from its internal and external pressures. Sources within the armed forces have alleged that India is planning an attack on the Line of Control and on the two nations’ border. They said that the military had been placed on high alert over the threat.

According to the sources, the Indian plan aims at diverting the global media’s attention from its treatment of minorities, mass farmers’ protests, and atrocities in Jammu and Kashmir.