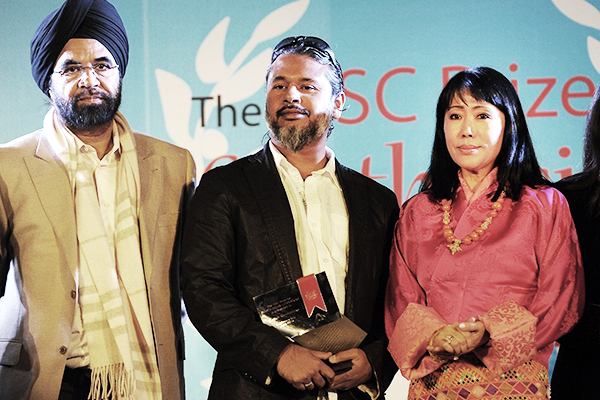 Winner of the 2015 DSC Prize for South Asian Literature will be announced Jan. 22.

Two books by Pakistani authors have made the five-book shortlist for the 2015 DSC Prize for South Asian Literature. The shortlist was announced at the London School of Economics and Political Science on Nov. 27.

The shortlisted books are (by author, in alphabetical order):

The shortlist—which includes two Pakistani origin writers (Shamsie and Tanweer), two Indian origin writers, and the Sri Lanka-born British writer Gunesekera—was selected from the 10-book longlist announced on Oct. 20 in New Delhi. The longlist, in turn, had been drawn up by this year’s five-member DSC Prize jury from 75 submitted entries. The books that did not make the shortlist are:

“It was a difficult task to zero in on a shortlist from an enjoyable, if formidable longlist,” said Keki Daruwalla, jury chair and Indian author. “There were moments of great beauty in the multiple narratives, and the jury was impressed by the deep structure of each book and the way characters were developed. All the novelists engaged with rich, historical and experimental traditions of storytelling. The landscape in all the novels was quintessentially South Asian. The jury was glad to find that the plots were uniformly organic and the writers did not succumb to formulaic writing. Most of the novels grappled with the socio-political realities on the ground. All of them did so in ways that were moving, challenging, and thought-provoking.”

The literature prize was cofounded in 2010 by Surina Narula, M.B.E., and Manhad Narula, her son, of India’s DSC Group, an international conglomerate focused on real estate, construction, infrastructure and retail.

“After several months of careful deliberation by our eminent jury, they have whittled down the impressive longlist to just five fantastic books, all written by exceptional and gifted authors,” said Surina Narula. “The depth, creativity, and unique narrative of each novel are indeed both impressive and inspirational in turn. It is the aim of the DSC Prize for South Asian Literature to promote the rich diversity of this genre in all its myriad forms, as well as to nurture new writing talent and to acknowledge some of the literary world’s greatest, established writers, who continue to light the way for others.”

The 2015 DSC Prize jury comprises Daruwalla; literary critic and former Granta editor John Freeman; Maithree Wickramasinghe, who teaches at the University of Kelaniya and at the University of Sussex; Michael Worton, professor emeritus at the University College London who has written on modern literature and art; and Razi Ahmed, the founding chairman of the annual Lahore Literary Festival (LLF).

The winner of 2015 DSC Prize will be named on Jan. 22 at next year’s Zee Jaipur Literature Festival and will also receive $50,000.

Pakistan’s H. M. Naqvi won the inaugural DSC Prize in 2011 for his debut novel, Home Boy. Other DSC Prize winners are: Shehan Karunatilaka for Chinaman (2012); Jeet Thayil for Narcopolis (2013); and Cyrus Mistry for Chronicle of a Corpse Bearer (2014).