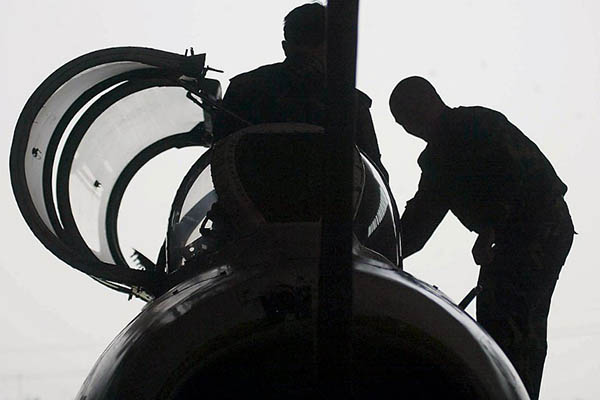 Two Pakistan Air Force pilots were killed on Tuesday when an F-7 fighter jet crashed during a training mission at a base outside Peshawar, officials said.

The aircraft was landing after the routine flight when it crashed, the air force said in a statement. It did not give further details but said a “board of inquiry has been ordered by air headquarters to determine the cause of accident.”

The F-7, a Chinese variant of the Russian MiG-21, has been in the Pakistan Air Force fleet for decades. It plans to replace the ageing jets by 2020 with JF-17s, which are co-produced with China.