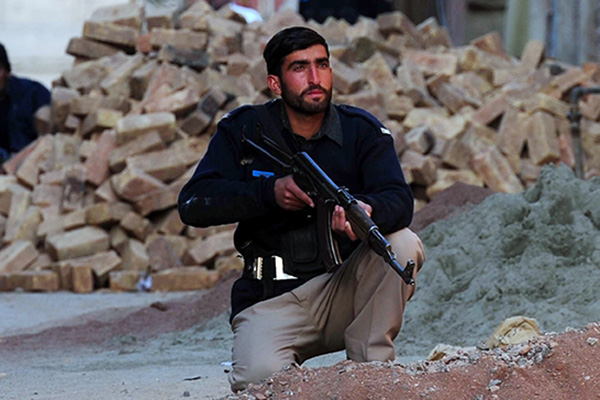 Three gunmen riding two motorbikes attacked the police checkpoint on the outskirts of the northwestern city and escaped after the attack.

“We don’t know about the identity of the attackers but the militants fled towards the tribal region after killing two policemen at the checkpoint in Pashta Khara area,” said Imran Shahid, a senior police official.

The attack came a day after militants killed at least 55 people in suicide and bomb attacks in the country’s northwest and southwest. A car bomb targeted a security forces’ convoy and killed 17 people in the suburbs of Peshawar on Sunday, not far from the semiautonomous tribal belt where Taliban and Al Qaeda-linked groups have bases. Also on Sunday a suicide bomber blew himself up close to a mosque in Quetta, killing at least 30 people, to mark the country’s deadliest day in four months.