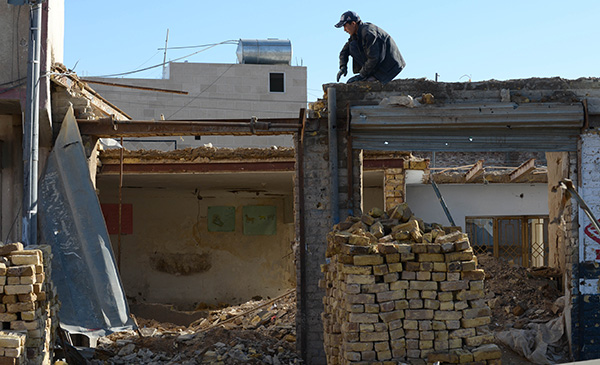 A boys’ primary school and a middle school were bombed at the village of Chattar in Naseerabad district in Balochistan. “The school buildings were designated as polling stations for the May 11 general elections and we think that they were targeted for this reason,” district police chief Tahir Allauddin said. He added that three rooms of the middle school were destroyed and both rooms of the primary school were demolished. Another police officer confirmed the incident and said nobody had yet claimed responsibility.

Violence has risen sharply before the vote with at least 61 people killed in direct attacks on politicians and political parties since April 11, according to an AFP tally.

Abdul Fateh Magsi, who was running for the regional assembly in Balochistan as an independent, was killed on Tuesday when his guards exchanged fire with tribal policemen at a checkpost outside the town of Jhal Magsi, south of Quetta.

In much of Pakistan, a direct threat from the Taliban against the three parties in the outgoing government has curtailed public rallies before the polls. Balochistan is one of the country’s most deprived areas. It suffers from a separatist insurgency waged by Baloch rebels, an Islamist militancy, and sectarian violence against the Shia Muslim minority.