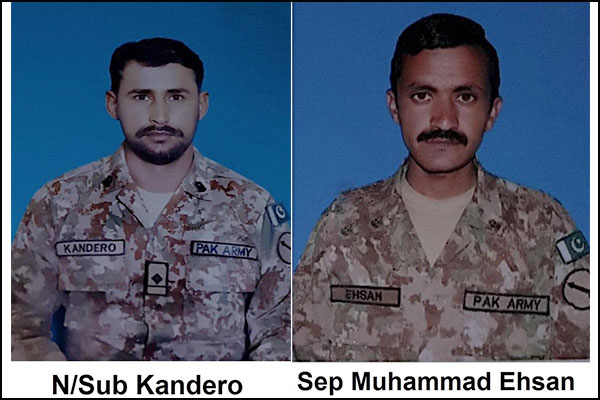 Two Pakistan Army soldiers were killed following clashes along the Line of Control, the media wing of the country’s armed forces said on Thursday.

In a post on Twitter, Inter-Services Public Relations Director General Maj. Gen. Asif Ghafoor said India had undertaken several ceasefire violations along the restive border region over the past 36 hours. Responding to these violations, he added, Pakistan Army forces had damaged an Indian post in Haji Pir sector, “killing 3 Indian soldiers, including a subedar,” and injuring several others.

Violence along the Line of Control dividing the parts of Jammu and Kashmir under the respective controls of Pakistan and India has spiked in the past week, with both sides reporting clashes. Indian army chief Gen. Bipin Rawat last week told journalists that the conflict was ‘escalating,’ prompting Pakistan’s Foreign Minister Shah Mehmood Qureshi to warn that New Delhi could stage a “false flag operation” in a bid to distract global attention from the domestic unrest plaguing India following the passage of a controversial citizenship law.

On Monday, Chief of Army Staff Gen. Qamar Javed Bajwa visited the Line of Control in Pakistan-administered Kashmir and vowed that the armed forces were “fully prepared to thwart any misadventure” or aggression from India. “Our quest for peace must never be misconstrued as weakness,” he added, according to a tweet posted by ISPR.

The visit came a day after Indian and Pakistani troops exchanged fire in some areas along the LoC, though no casualties were reported.