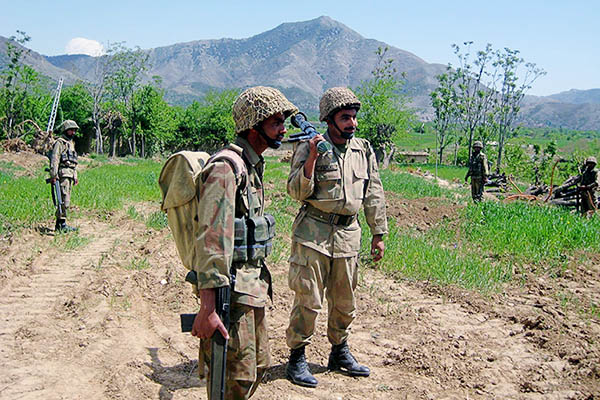 “An FC vehicle was on a routine patrol when gunmen sitting along the roadside opened fire on it, killing two troops and wounding four others,” said senior local administration official Sohail Ahmad Khan.

The Frontier Corps or FC is a paramilitary force charged with maintaining law and order and its members are frequently attacked in the troubled northwest. Khan said the number of gunmen who attacked the vehicle was not clear.

Another senior local administration official, Abdul Hafeez Khan, confirmed the incident and casualties and said security forces had launched a search operation in the area after the incident to “get to the culprits.”

Bajaur is one of the seven semiautonomous tribal regions where the Pakistani military has been battling Taliban and Al Qaeda-linked militants for years. Washington considers these areas a major hub of rebels plotting attacks on the West and in Afghanistan.